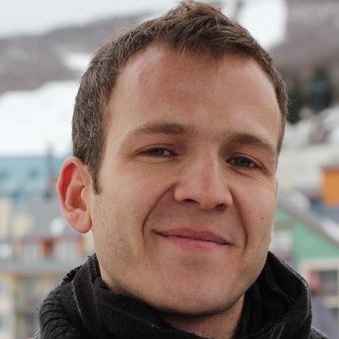 Play all audio recordings
Brian Harman (b. 1981) is a Canadian composer and writer whose music has been described as “three-dimensional, maybe four-dimensional” (Arthur Kaptainis, The Gazette) and “effective and chilling” (Richard Todd, Ottawa Citizen). He recently worked with Georges Aperghis on a new work at Austria’s Impuls Festival, and was a featured composer in the SOUNDLAB podcast series. His orchestral work Supposed Spaces was selected as part of Canada’s 2013 submission to the ISCM’s World New Music Days. In 2011 he was a winner in ISCM’s International Vocal Music Competition, resulting in a commission from Vienna’s Wiener Jeunesse Kammerchor, and received an honourable mention in the CLC’s Composition Competition. In 2009 he was a finalist in the Tokyo Kosei Wind Orchestra Composition Competition.

Brian received his Doctor of Music (Composition) from McGill University in 2012. His research focuses on 20th/21st Century Canadian Music, especially that of Ana Sokolovic and Claude Vivier. His analysis of Sokolovic’s Géométrie Sentimentale was published in Circuit in February 2013.