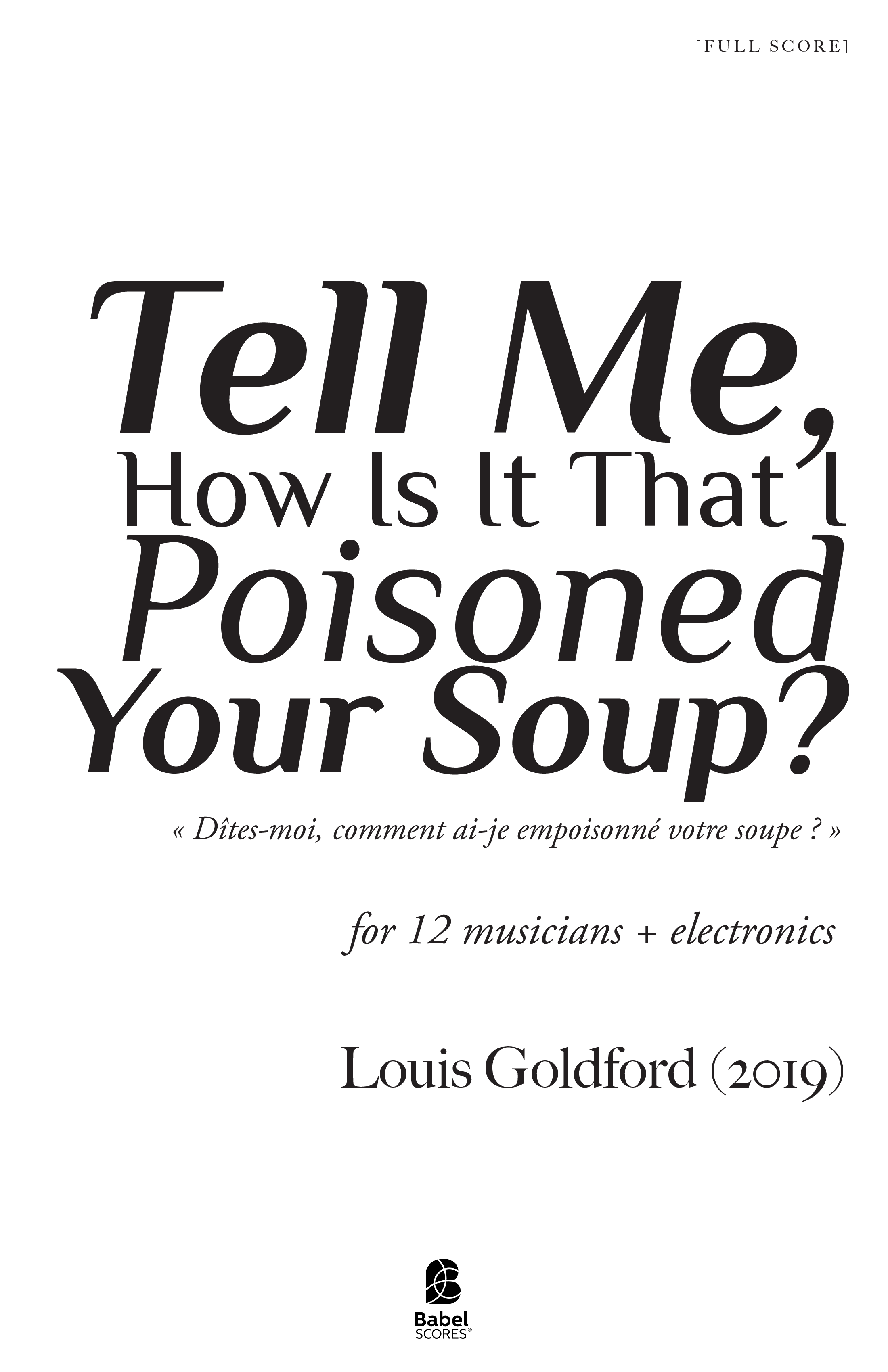 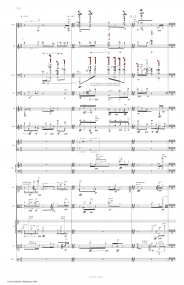 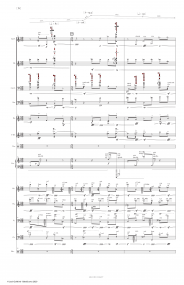 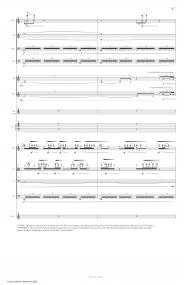 Tell Me, How Is It That I Poisoned Your Soup?

for 12 instruments and electronics

Imagine this: Your psychiatric patient won’t eat the soup in the hospital because they swear you’ve poisoned it. How would you convince them it isn’t poisoned — and that they must eat? Here, Edgar Levenson asks what constitutes an effective psychoanalytic treatment. For him, some approach analysis from a God-like position, telling patients about their own delusions. But a successful approach concentrates on how external factors trigger very real distortions and fantasy processes, including the actual physician/patient interaction. In this way, an interpersonal analyst would begin not from an authorial position but by genuinely asking, “What was it that *I* did to poison that soup?”

To acknowledge another person’s inner reality, which for them is very real — Isn’t this for everyone? If ever we needed a formal definition of empathy it would be now, in today’s climate of intense polarization, public shaming, etc. After Levenson I remembered Christian Picciolini, the reformed Neo-Nazi currently de-radicalizing white supremacists. His techniques echo Levenson’s approach to analysis. Is finding a way out of polarization only for experts like Picciolini? These approaches suggest how each of us might consider interacting with our radically different neighbors.

My relationship with my own music, and the distance between what I hear and what I can represent, serves as a ready example. What do we owe our neighbor? For composers instrumentally representing complex sounds found in their surroundings, or in nature, it’s clear. A composer and their source sounds: a strong bond representing an inner reality. In this piece, my source sounds tend to be field recordings from Taiwan, my home for years. But identifying sources is irrelevant. What matters is they serve as objects of intense fascination, and the musical structures derived from them necessarily come closer or farther in resemblance. Developing a specific musical “language” to represent each of these sounds would take years. Theoretically there could be some measure of a “perceptual distance” between a source sound and a target instrumental result. Every target would fall somewhere along the scale:

Musical targets that fall on the right more closely resemble their sources and retain some emergent qualities; those on the left sound more like orches- tration as we know it. But everything along this continuum is useful. Targets closer to the right aren’t more valuable than those on the left. In Tell Me, I’m deliberately exploiting this distance, which continually varies within the musical fabric.

A vague, hazy feeling that some emergent musical object is about to come into focus pervades; a threshold not quite reached. What do we owe our neighbor? The acknowledgement that these sounds, however close or far they may be from their source, still have intense value, somehow. Only then can we move forward, and often without realizing it, this is perhaps how we actually move forward already: by temporarily adopting one another’s inner realities.