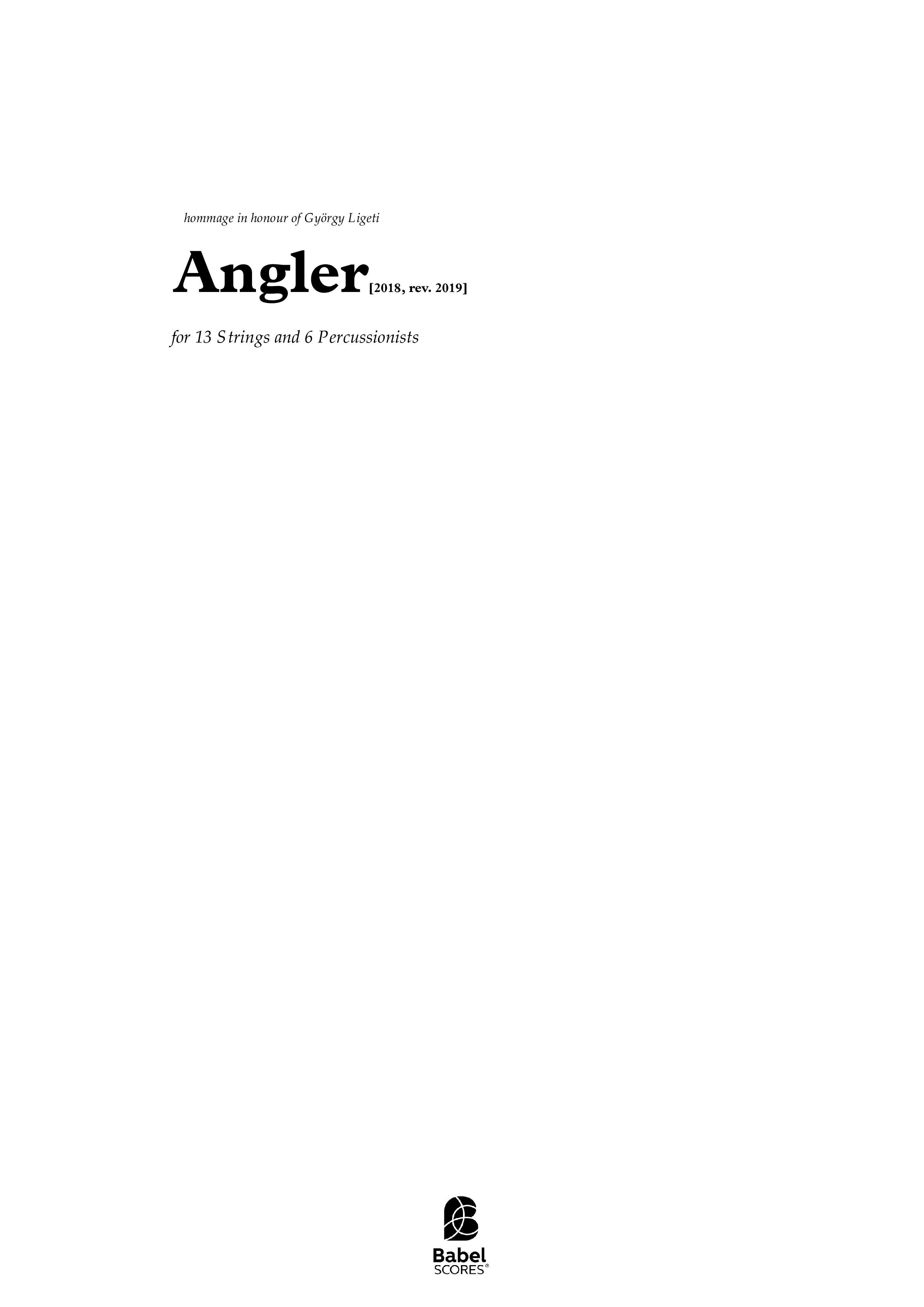 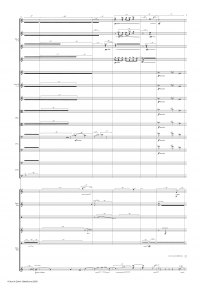 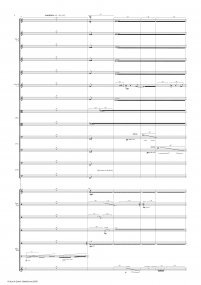 for Strings and Percussion

8,00 €
Versión impresa (+14,80 € impresión y envío). Colissimo5-11 days aprox.
Versión digital (+0,00 €) para descarga
Alquilar el material para una representación pública
Al comprar una partitura, usted puede contactar al compositor aquí mismo!
Especificaciones
Region
Oceania
Estimated Duration
1 - 5min
Date
2018
ISMN : 979-0-2325-4453-3
Descripción
Add to list
The form of the work be narrowed to ABA, but there are many sub-forms. The opening is a mysterious hovering texture, focusing around the home-pitch F#. Percussion is used to evoke the maritime atmosphere of the work as the texture grows denser. The viola emerges with the <<anglerfish>> melody, which is repeated throughout as the motif of the undersea creatures; also giving the suspenseful feeling of the giant Anglerfish being present throughout the entire work. Further into the centre, the slide-whistle - a symbol of curiosity - morphs into the ensemble with the climax approaching. Originally only violas but revised as the full quantity of string players, the Angler emerges from the dark of the Cathedral walls [percussion earlier illustrates the cathedralenvrionment]. The "cadenza" of violent, humorous flurries creates the sense of escape. A crash of the ensemble as we begin the rewind. Dissonant chords and textural imbalance sends the piece backwards through the capsule of previous events, as though they are being left behind and swallowed by the Ocean. Thus, the influence coming from György Ligeti's Atmosphères and Ramifications constitues the instrumentations.
Although there is more thorough use of percussion here, the same qualities of micropolyphonic and clustered sounds evokes an atmospheric sense of imbalance. Angler is derived from the Anglerfish, which is distinctive for
its system of luring prey with a lantern-like bulb. This is symbolic of the curiosity found in the narrative; the marine biologists wishing to explore the depths of the sea, and the best example of luring is that of science; a world
in which we are constantly thirsting for new knowledge and discovery. There are two instances in which discovery is made, firstly through success, and second through... not success. The latter emerges with the discovery of the creature; Angler. The method of reflection in music is key to transporting a listener beyond the beginning, through to the end. The work retracts previous events; a symbolic gesture of how the ocean is a timeless embodiment of curiosity; and that the bottom of the ocean is a portal to timeless universe. As fictious as this seems, the work is not purely built off fanatsy in its' narrative; it builds a moral centre to the meanings of music as an artform, and encourages musicians and composers alike to explore the boundaries of musical 'gestus'. Angler is not merely an atmospheric work of art, it is a statement beyond words in how music should be approached; and hopes to broaden the scope of any musician or listener.
Facebook LinkedIn Reddit Twitter
Instrumentation
Violin (3)
Violin (4)
Viola (2)
Cello (2)
Double bass (2)
Violin (3)
Violin (4)
Double bass (2)
Percussions (6)
Score Details
Format - A3 / Tabloid
Pages - 12
Piezas similares 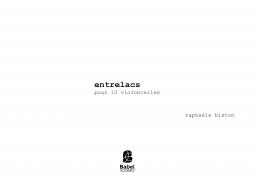 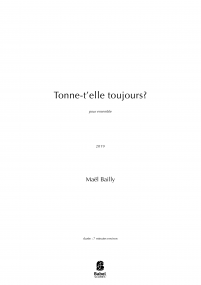