6,00 €
Versión impresa (+14,04 € impresión y envío). Colissimo5-11 days aprox.
Versión digital (+0,00 €) para descarga
Al comprar una partitura, usted puede contactar al compositor aquí mismo!
Especificaciones
Region
Europe
Estimated Duration
6 - 10min
Date
2009
ISMN : 979-0-2325-0024-9
In Stock
Descripción
Add to list
The piece lives of many signifiers and signifieds.
In the Italian language the term “intact” (intatto), thanks to a series of linguistic modifications like in the metamorphoses of Apuleius - a concept that I have already developed in other compositions of mine- assumes different meanings, like different characters, and this is how my idea of "dramaturgy" was born; which has always been one of the most peculiar aspects of my works and of my personal research.
The prevailing metaphor is on a sort of “soul-aura” (the sound) that surrounds and wanders around the physical appearance (the instrumentalist).  In this sense the relationship between instrumentalist (animator - player - actor) and the "other" (public- hall-silence) is what  interests me.
In the Oriental theater, of metaphysical typology, the whole set ("l'intero") of gestures, movements, signs, sonorities, that constitutes the language of the scene, necessarily makes one think  a kind of "metaphysics in action".
One of the most powerful means of expression is the "articulated language": do the metaphysics of the articulated language mean to induce it to express what doesn't usually express; that means to use it in a different way, unusual, returning back to it a native power: a physical shaking
A. Artaud suggested considering the language in the form of  a “Spell”. But in this compositional improvisation that idea doesn't exist: every movement, gesture or figure doesn't follow any psychological necessity, but on the contrary it follows a sort of spiritual exigence.
The repetition of materials, of elements, of some pattern is fundamental for this piece.
Every repeated gesture, sometimes in a very insistent way (like wanting to reach the perfection!),  gives an idea of freshness and liberty, of spontaneity and immediateness.
The sound, progressively disintegrates by itself and its articulations, until it becomes dust (the pulsation of the keys), until the necessity to listen an “internal sound” only is born.
“L'intatto che in un atto diviene primitivo, mai toccato.”
The harmonic field on which the whole piece is fixed, changes as a metamorphosis during the composition, until it becomes "pure" noise.
In the last bar (silence) the instrumentalist remains immovable, with the flute in the normal position, if he is still playing (duration ad libitum, …endless also)  with closed eyes, reopening them only when all the internal echoes will be extinguished forever.
All the above can make a performance become "metaphysics" and at the same time an holistic moment, a unique event. Nothing is in demand of the "other" (the public), to understand or to decipher, but to live the instant moment of the sound like an unrepeatable event.
The piece was composed for Matteo Cesari, and premiered at “Cité de la Musique” in Paris, in June 2010. 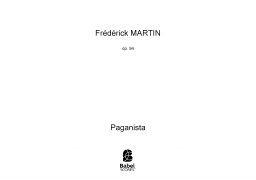