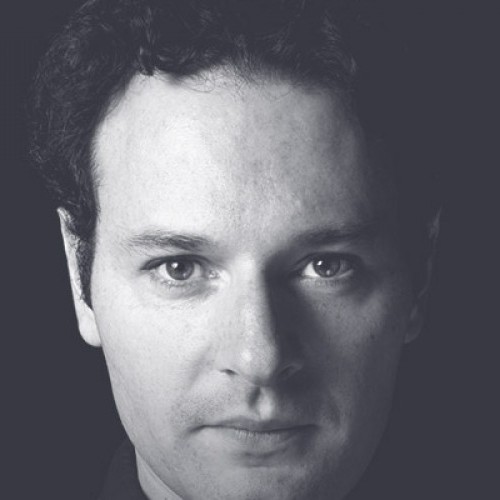 Play all audio recordings
Valerio Sannicandro was born in Italy, but relatively soon he moved to Germany where he turned his attention more and more to contemporary music: he studied composition in Cologne with York Höller (dissertation: “Komposition als semiotischer Prozess”), in Frankfurt with Hans Zender and conducting with Peter Eötvös. Ph.D. in Musicology at TU-Berlin (dissertation: „Space and Spatialization as Discrete Parameter in Music Composition“).
Appearances as conductor in Cologne (Triennale Köln, WDR-Orchestra), Darmstadt (Ferienkurse), Spain (Festival de Canaria) and Avignon (Centre Acanthes), conducting works by Karlheinz Stockhausen (first performance of “Hoch-Zeiten”) Varèse, Carter, Grisey, Fedele and Donatoni, among others.
Winner of several composition competitions in Germany (among others the Claudio-Abbado-Kompositionspreis, the MUSICA VIVA, München in 2002 and 2010, the Giga-Hertz-Produktionspreis in 2012) and Italy, as well as the Kranichsteiner Musikpreis 2000 of the Darmstädter Ferienkurse. Invited from CULTURES FRANCE as Artist in Residence at Villa Kujoyama (Kyoto), Affiliated Fellow of the American Academy in Rome.
He has been invited for conferences and workshops in Paris (Ecole nationale superieure d’architecture). Prague (Music Academy), Berlin (Humboldt-Universität), Tokyo (Kunitachi College and Nihon University), Nagoya (Aichi University) and in 2002 has been teacher during the Darmstädter Ferienkurse.
His compositions have been performed among others by Salome Kammer, Mario Caroli, Peter Veale, Marco Blaauw, Francesco D’Orazio, Ensemble Intercontemporain, Ensemble Modern, Sharoun Ensemble, Orchester des Bayerischen Rundfunks, Ensemble Recherche, Repertorio Zero, Kroumata, AlterEgo, Musikfabrik NRW, Divertimento Ensemble, conducted by Peter Eötvös, Marco Angius, Peter Hirsch, Jonathan Stockhammer, Evan Christ, Pierre-André Valade, Sandro Gorli, Marco Angius and Arturo Tamayo. They have been recorded and broadcasted by the BR, HR, MDR, WDR, Radio France and RAI and performed in all Europe, Japan, USA and Canada.
He received commissions among others from Darmstädter Ferienkurse, Bayerische Staatsoper, Donaueschinger Musiktage, IRCAM, Biennale di Venezia. His work and his research, mainly on the aspect of spatialisation, has been supported by the Heinrich-Strobel-Stiftung of SWR for the year 2003 as well as by IRCAM, where he worked in a research group on spatialisation as “compositeur associé”. Later he completed a PhD (thesis: „Space and Spatialization as Discrete Parameter in Music Composition“) at TU Berlin, based on his research on resonance modes analysis.
Latest projects include „Finesterrae“ (2016) for five voices, viola and live-electronics, “Ius Lucis” (2006/2007) for two ensembles in two music halls (commissioned by IRCAM), and “Forces Motrices” a large scale work for orchestra and live-electronics. A new CD (“chamber music” TLS 105) conducted by the author was released by TELOS records, „Ius Lucis“ (WERGO – WER 20652) with Musikfabrik conducted by Pierre-André Valade.
Selected for the Rostrum of Composers 2006, during the season 2008-2009 he has been composer in residence at Staatstheater Cottbus, and from 2008 Composer in Residence at ZKM Karlsruhe (Germany) where two CDs for WERGO have been produced. From 2008 to 2015 he has been “composer in residence” first, then curator of a new music project of the Philharmonisches Orchester Cottbus (Germany).
His works are published by Edizioni Suvini-Zerboni (Milan).
Piezas ordenadas por año. Los trabajos mas recientes aparecen primero 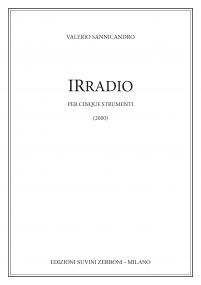