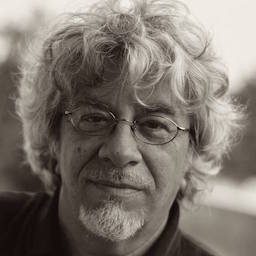 Play all audio recordings
1957 Was born in Buenos Aires, Argentina.

1976-82 Studies in the National Conservatoire of Buenos Aires and musical composition with Manuel Juárez.

1982-84 Musicology’s diploma in the University of Poitiers and he has worked at electronic music at the Group of Bourges's Experimental Music (France).

1986-92 Assistant teacher of composition, at the National University of La Plata, Argentina.

1986-(In process). Professor of harmony and analysis at the Municipal Conservatoire “Manuel de Falla” of Buenos Aires.

1990-92 Visiting Composer at the University of the New York State in Buffalo (USA).

1992, Prize of the WDR, Radio of the West of Germany, Cologne " Forum Junger Komponisten ".

1996 Jury and lecturer in the Forum 96, University of Montreal, " Nouvel Ensemble Moderne ", Canada.

2001 Release of the monographic CD "Luminar" by the label MODE RECORDS, New York, USA. Considered one of the best releases of the year by the specialized magazine " La Folia ", New York. 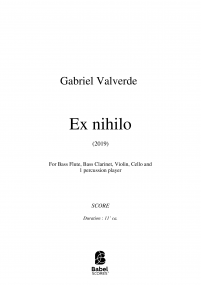 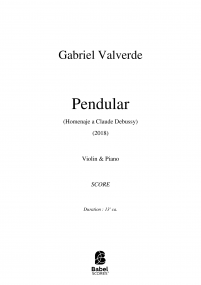 Traza for string quartet and percussion (2016)