Play all audio recordings
William Dougherty was born in Philadelphia, Pennsylvania in 1988. He earned his B.M. degree in composition, with a concentration in piano, from Temple University’s Boyer College of Music and Dance in 2010. As a Marshall Scholar, William earned his MMus in composition from the Royal College of Music, London in 2012 working with Mark-Anthony Turnage and Kenneth Hesketh. That same year, William pursued Ergänzungsstudium (supplementary studies) with Georg Friedrich Haas at the MusikAkademie der Stadt Basel.

His works have been performed and workshopped internationally by ensembles including the New York Philharmonic, Orchestre National de Lorraine, the BBC Singers, the London Chorus, the Lontano Ensemble, and the Ligeti String Quartet. His music has been broadcast on BBC Radio 3 and the Financial Times podcast ‘FT Science.’ Dougherty has received recognitions and awards from the BMI Student Composer Awards, the PRS for Music Society, Sound and Music, the American Composers Forum, the Philadelphia Orchestra Association, Le Conservatoire Americain de Fontainebleau, the Institute for European Studies, and the UK Foreign Aid and Commonwealth Office.

As a student of composition, William has participated in masterclasses with composers such as Philippe Hurel, Hughes Dufourt, Beat Furrer, PierluigiBillone, and Mark Andre. As a scholar, William has written and presented research into the life and works of Romanian composer, HoratiuRadulescu, in the UK and Switzerland. His article on Radulescus 5th String Quartet ‘before the universe was born’ can be found in the April 2014 edition of the contemporary music journal, TEMPO.

William is currently pursuing a Doctorate of the Musical Arts (DMA) at Columbia University under the guidance of Georg Friedrich Haas, George Lewis, and Fred Lerdahl. 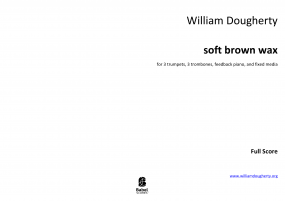 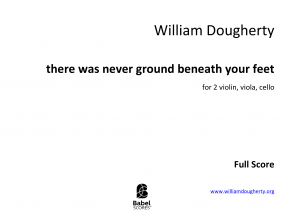 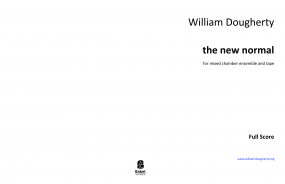