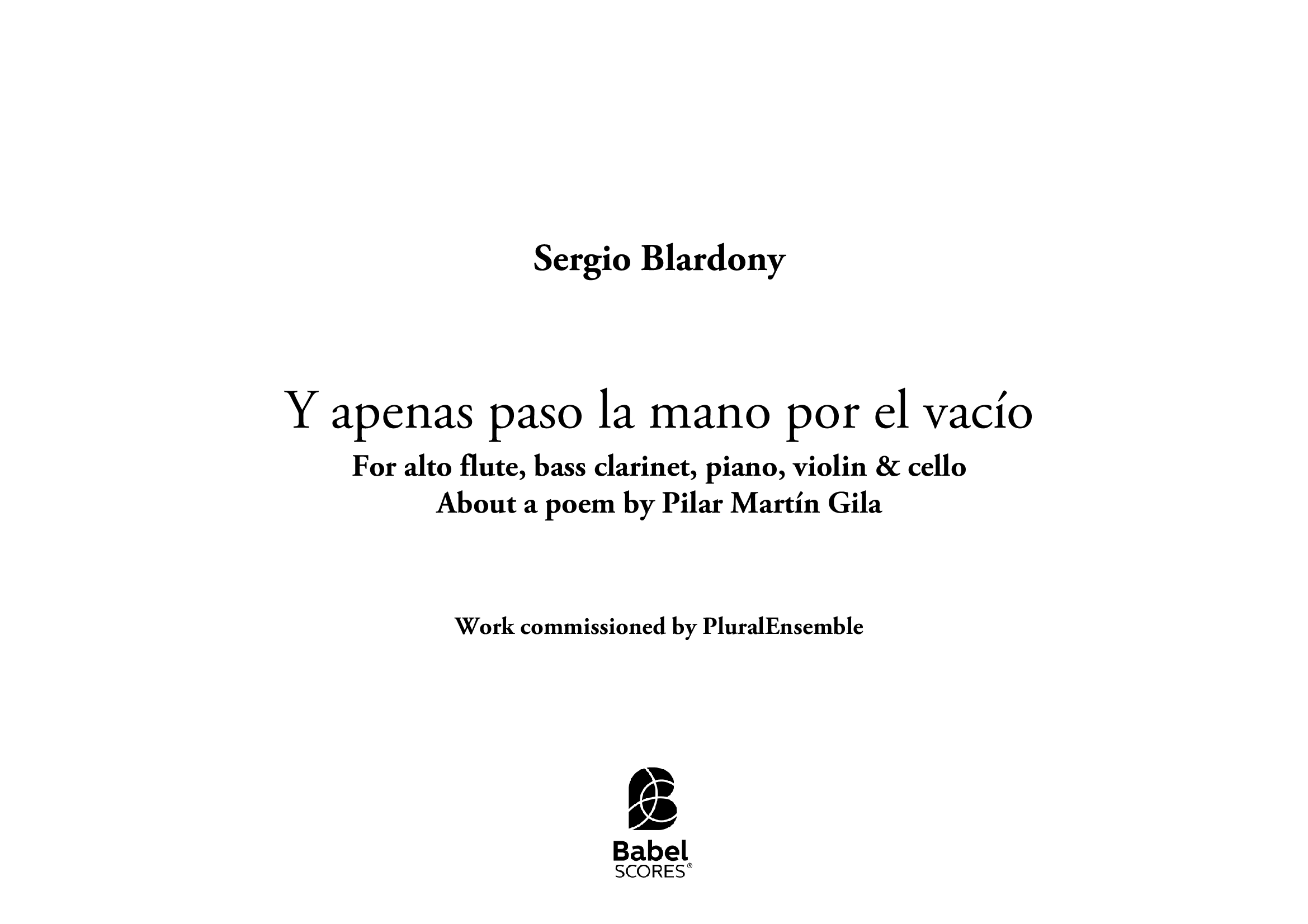 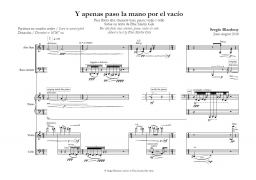 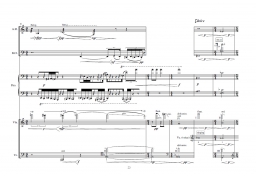 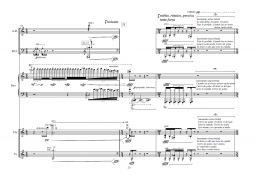 On the one hand, an attempt to be completely immersed in the poem –a text from the collection of poems La cerillera by Pilar Martín Gila-, by reading it continuously throughout the composing process, almost as if it were an infinite chant, penetrating and building like a resonant discourse which then falls into the written music. It’s not a case of translating the speech into music, but a penetration into the musical discourse which can only take place after the poem has been captured.  In contrast to the other type of work involving music and poetry (for example the song or recital…), this forms tends to blur the permanently critical barrier that separates both disciplines. This is an inner work which takes place before composing, an internalisation that as it blossoms, does so in a truly musical way.

The other bond with the text in this work is the literal presentation of the poem, although this is hidden by its form of delivery: the whisper of the performer –in specific parts of the work-, in an attempt to resemble the poem in a musical and verbal way, making the subject of the poem takes on a blurred presence and, at the same time, transforming it into something else, into something that brings it closer to the musical work.
Facebook LinkedIn Reddit Twitter
Instrumentation
Bass clarinet
Piano
Violin
Cello
Alto flute
Score Details
Format - A4 / US Letter
Pages - 46
Pièces similaires
Two Sides
Fabian Svensson 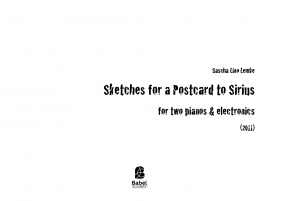 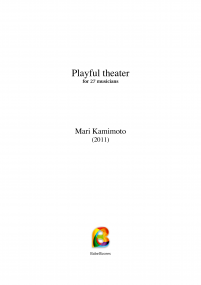