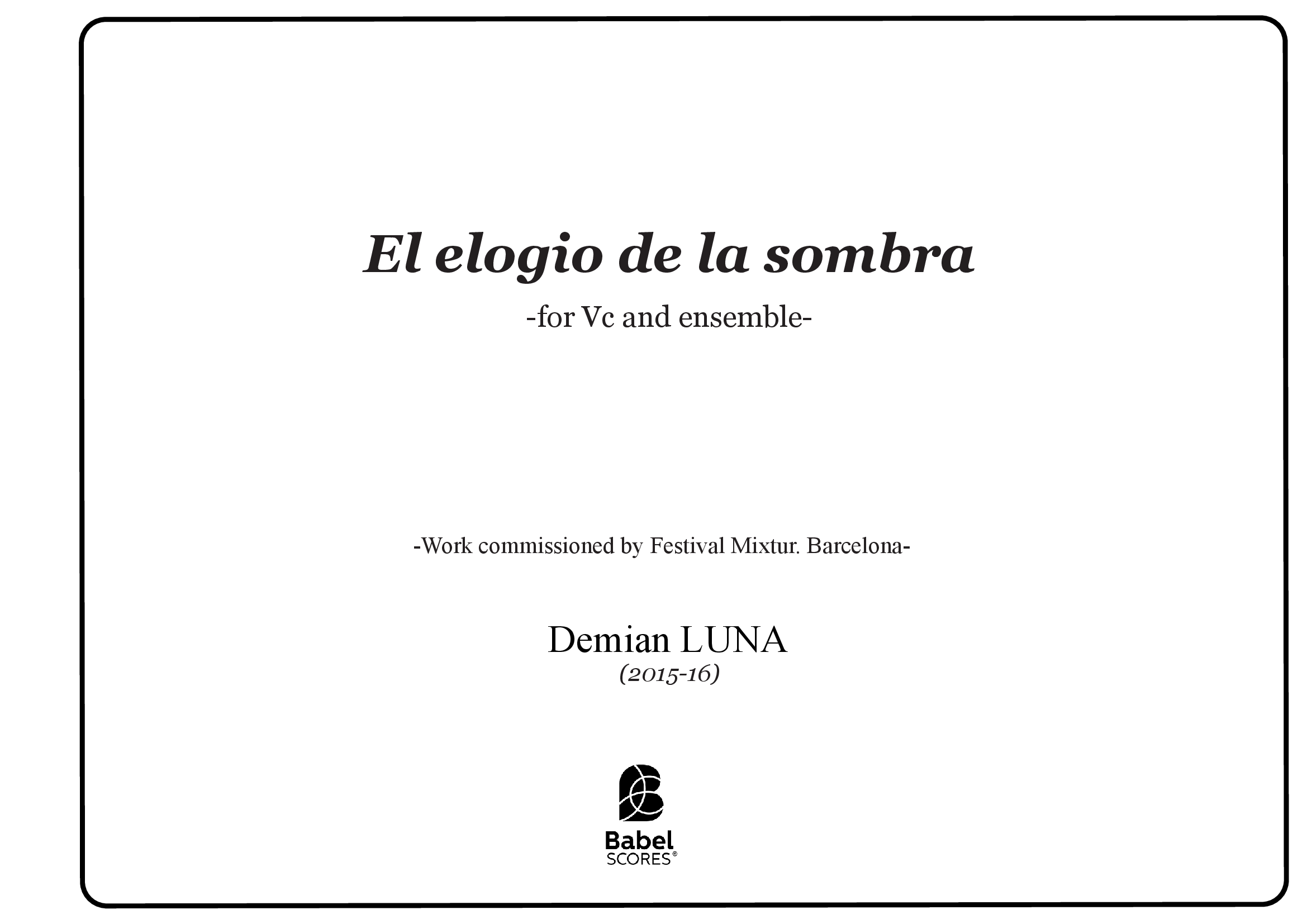 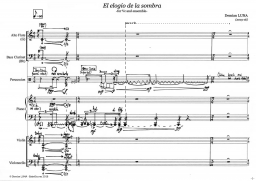 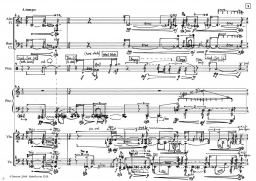 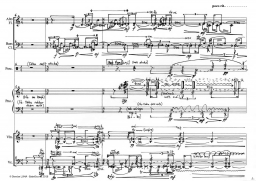 12,00 €
Version numérique (+0,00 €) à télécharger
Louer le matériel pour les exécutions publiques
Chez BabelScores, quand vous achetez une partition, vous pouvez ensuite contacter directement le compositeur ici même !
Caractéristiques
Region
Europe
Estimated Duration
6 - 10min
Date
2016
ISMN : 979-0-2325-3312-4
Notes sur cette pièce
Ajouter à une playlist
Work for ensemble commissioned by the Mixtur Festival (Barcelona), premiered on April 23, 2016 by ensemble bcn216.
The piece, which is named after the exquisite book by the Japanese writer Junichirô Tanizaki, is inspired by the poetic world of that book: a manifesto in defense of the shadow, of chiaroscuro. A reflection also about the light that illuminates the surface, but its incandescence prevents seeing the interior of things.
"... I believe that beauty is not a substance in itself but only a drawing of shadows, a game of chiaroscuros produced by the juxtaposition of different substances ... beauty loses its existence if the effects of shadow are removed ... As far as I am concerned, I would like to resuscitate, at least in the field of literature, that universe of shadows that we are dissipating ... I would like to sink in the shadow what is too visible and stripping its interior of any superfluous adornment …”.
Musically, the violoncello (soloist), submerged in the shadow, instead of fleeing from it, tries to rescue the beautiful that inhabits it, is born and grows. Try to spread to others the idea that beauty is also found in the shadow; another beauty, not visible on the surface. A shadow that hides the visible and strips away the superfluous. An unrecognized soloist who, when he convinces us of the beauty of the shadow appears and manifests himself as visible, audible, recognized, there where he had always been.
Instrumentation
Flute
Flute (2)
Clarinet
Bass Clarinet
Percussions
Piano
Violin
Viola
Cello
Alto flute
Recording
Bcn216 Ensemble. Mixtur Festival (Barcelona). 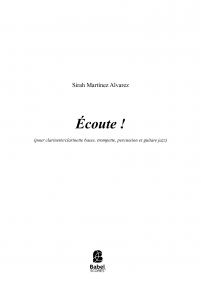 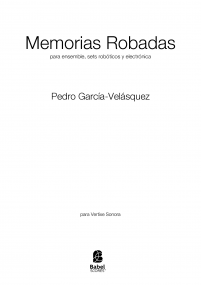 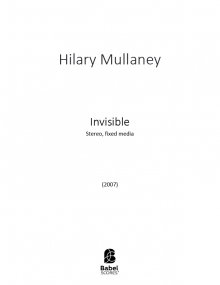