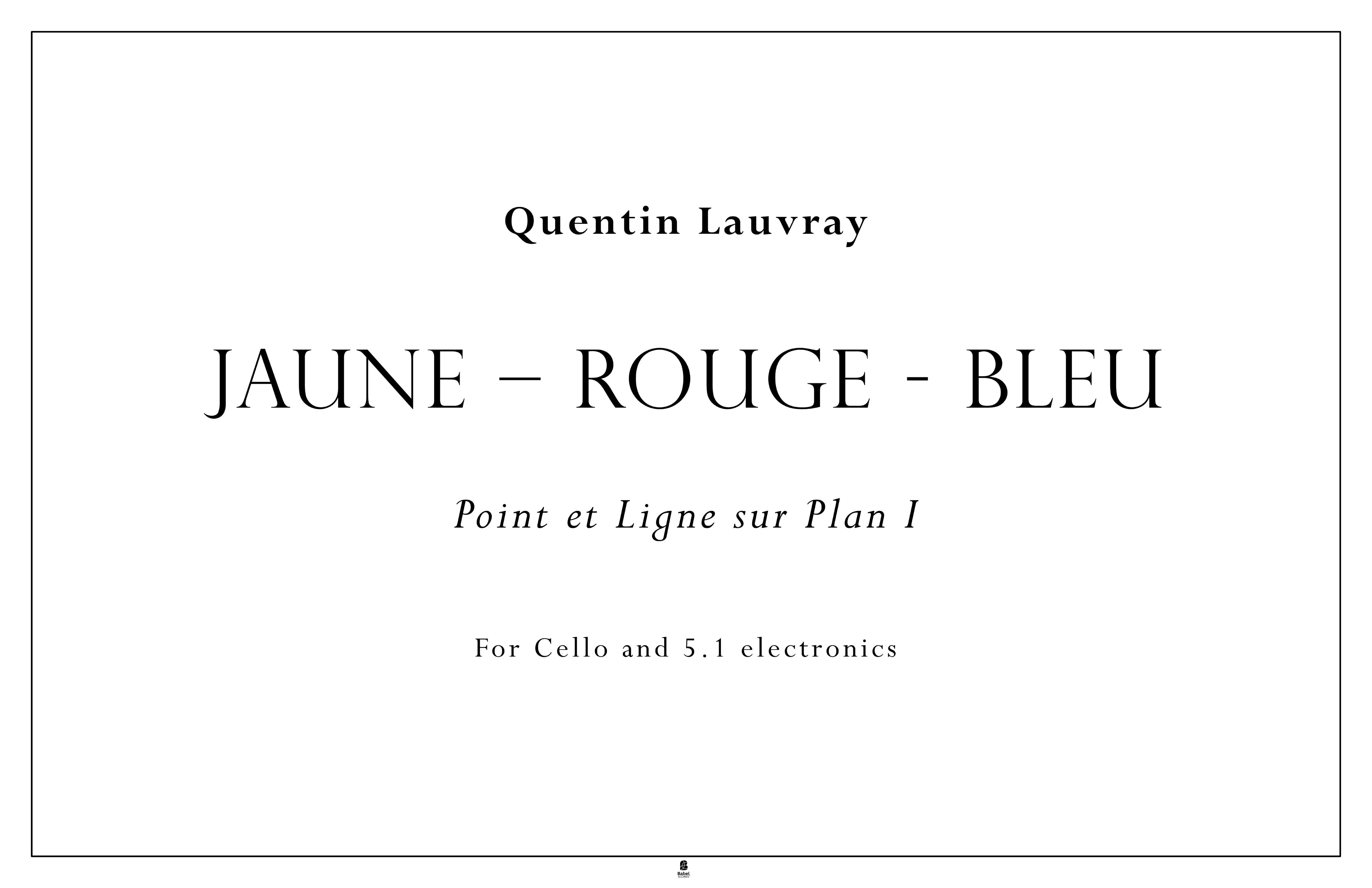 12,00 €
Version papier (+14,80 € impression et livraison ). Colissimo5-11 days aprox.
Version numérique (+0,00 €) à télécharger
Louer le matériel pour les exécutions publiques
Chez BabelScores, quand vous achetez une partition, vous pouvez ensuite contacter directement le compositeur ici même !
Caractéristiques
Region
North America (Canada - USA)
Estimated Duration
6 - 10min
Date
2017
ISMN : 979-0-2325-3932-4
Notes sur cette pièce
Ajouter à une playlist
''The problems of a recent science of Art, deliberately set in a succinct manner, exceed in a substantial evolution the limits of Painting and Art itself. In this essay, I attempt to set some points of departure – analytical methods, taking synthetic values into consideration.''
W.Kandinsky, Preface of Dot and Line to Plan
In his essay on the beginning of abstract painting “Dot and Line to Plan”, Kandinsky studies the impact of what he calls the basic elements, the dot and the line, on the plane represented by the canvas, but also on the perception of the admirer. The placement, direction and the simple or composed morphologies of those elements produce tensions and energies as well as a sense of time and becoming. In other words, Kandinsky doesn't study the emotional aspects of the painting, but its impact on the admirer’s perception.
After reading this essay, I wanted to apply the theories of Kandinsky to my own music by analyzing and extracting perceptive elements from a Kandinsky painting, and then composing a piece whose result would be as close as possible to an admirer’s perception of the said painting. The painting is not used as an inspiration, but as an object or basic musical material for the composition. For this first piece from an investigation which I hope to pursue further, I worked with Kandinsky’s “Jaune-Rouge-Bleu” whose various complexities allowed me to choose from a number of interpretations and visions. Rather than a description or an inspiration from the painting, this piece attempts to draw a parallel between Painting and Music, investigating two representations of an identical perception.
Instrumentation
Cello
Electronics
Recording
recording of the live premiere at Montreal by Jason Pegis
Score Details
Format - Undefined
Pages - 18
Pièces similaires
Ao Desconcerto do Mundo
Ao Desconcerto do Mundo
Ângela da Ponte
Purity I (after Anne Franks diary)
Purity I (after Anne Franks diary)
Paulo Ferreira Lopes
the traces that remain 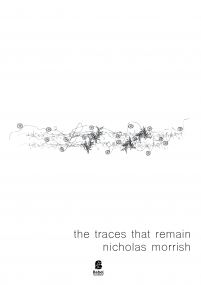 the traces that remain
Nicholas Morrish 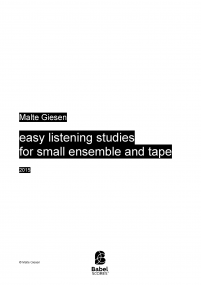 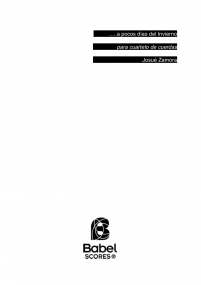