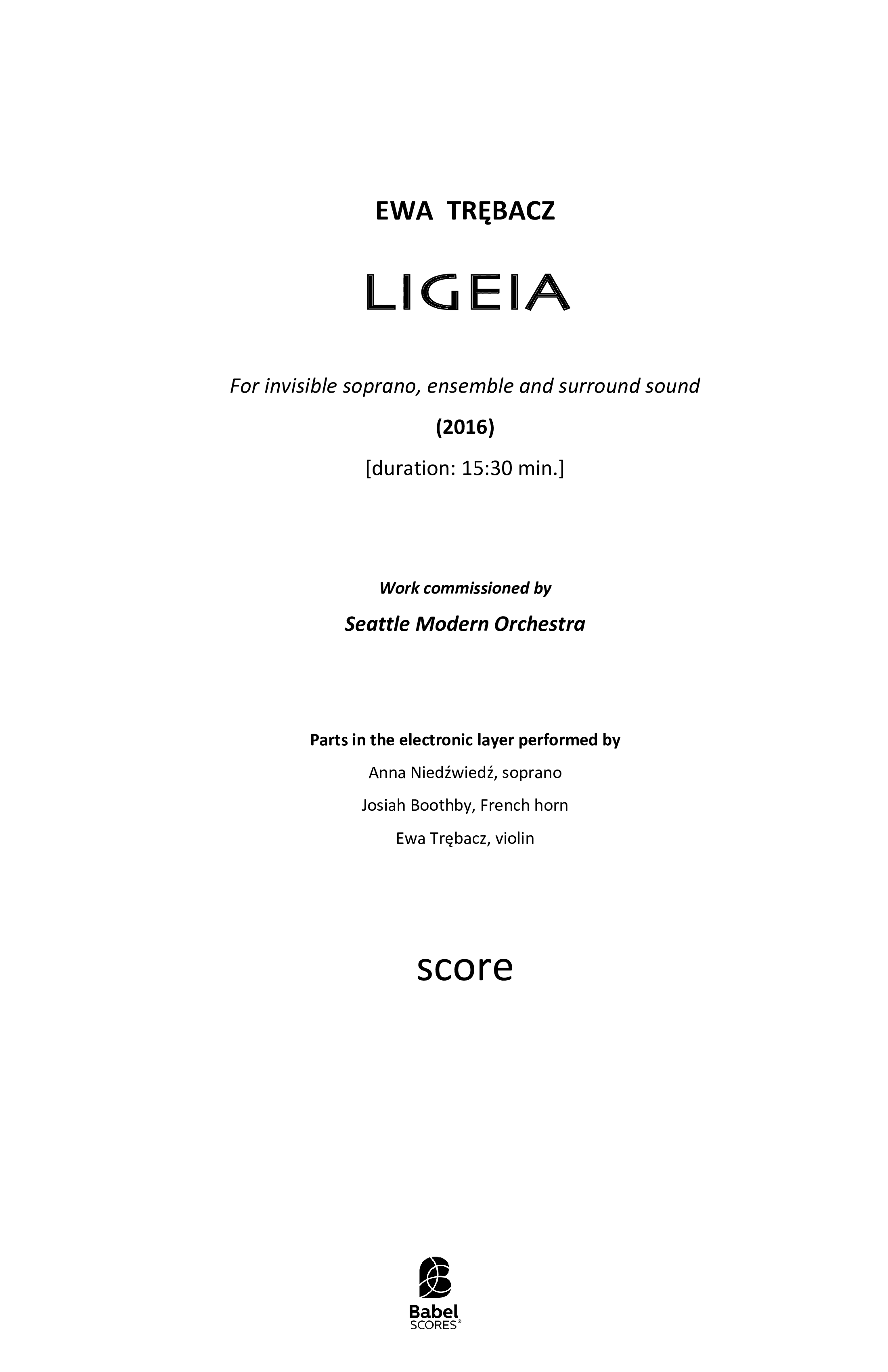 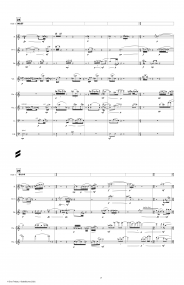 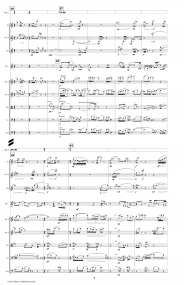 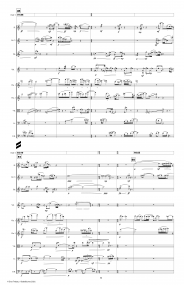 The word “Ligeia” is the name of one of the Sirens in Greek mythology and is also the title of Edgar Allan Poe's short story "Ligeia" (1838).

LIGEIA has two main components, the soundscapes in the surround sound electronic part, and the live performance that is a direct response to these soundscapes.

The surround sound component was created and composed using the series of on-location recording sessions. All these sounds were recorded and processed in ambisonics.   Ambisonics is a set of techniques for recording, processing and reproducing sound in full 3D.  It can be compared to holographic techniques in the visual realm.

For this piece I first invited French horn player Josiah Boothby for a short recording session in which he improvised a limited number of musical gestures. This initial material was then passed to the Polish singer Anna Niedźwiedź in Kraków, Poland. I asked Anna to try to sing the exact same gestures that Josiah improvised on his horn. We called those short phrases “seeds” as we intended to grow music like a plant.

In September 2015, while Anna was in Seattle, Josiah, Anna, and I went to Fort Worden, Washington to explore the acoustics of the WWI era bunkers and gun emplacements.  I joined Josiah and Anna with my violin, forming a trio.  However it was Anna’s creative energy that became the main driving force for these recording sessions.

The recordings also include percussive sounds, which came either from the spaces in Fort Worden or were created using a variety of mechanical objects and tools, with a special thanks to Mark Haslam and Donald Haslam for their “percussion duo” and their help with the recordings.

These recordings were used to create a skeleton of the electronic part and later to sketch out the instrumental parts. I often think of that process as drawing contours on the top of the existing painting, and then later filling in new colors and shades. During the concert performance, the instrumental parts create a direct response to the pre-recorded soundscapes, bringing back the acoustic spaces visited during the recording sessions and co-existing together in the acoustic space of the concert hall.

LIGEIA was commissioned by Seattle Modern Orchestra and premiered in Seattle on April 9, 2016 (Julia Tai, conductor). 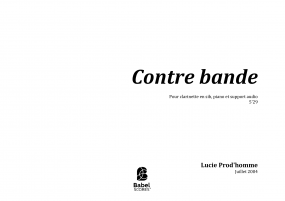 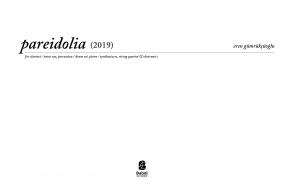 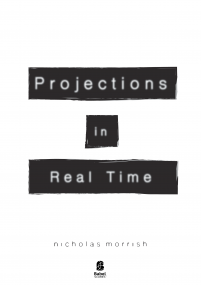