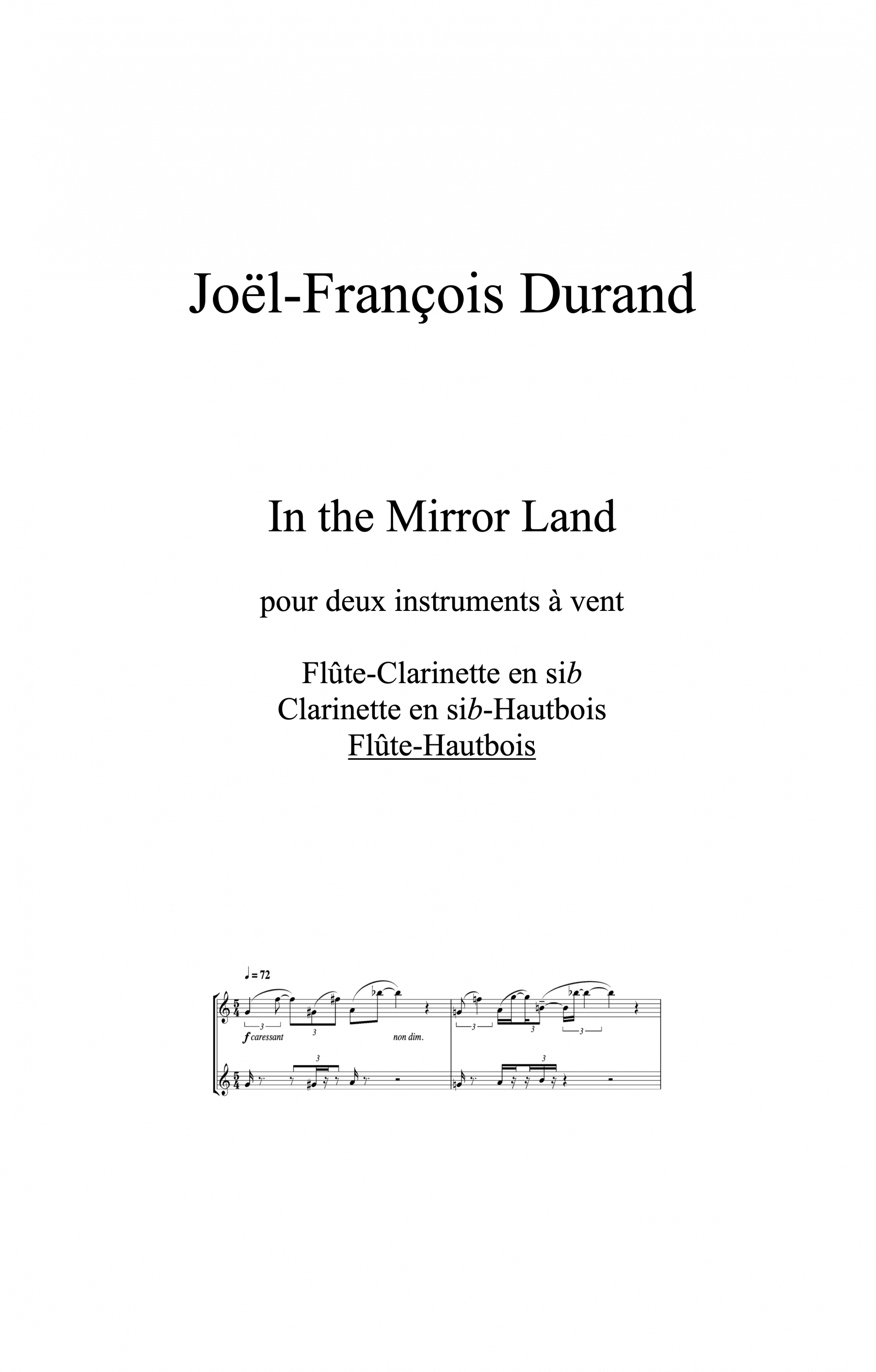 for flute and oboe

9,27 €
Version numérique (+0,00 €) à télécharger
Achetez le matériel pour l’exécution publique
Chez BabelScores, quand vous achetez une partition, vous pouvez ensuite contacter directement le compositeur ici même !
Caractéristiques
Region
Europe
Estimated Duration
6 - 10min
Date
2003
ISMN : 979-0-2325-3241-7
Notes sur cette pièce
Ajouter à une playlist
In the Mirror Land is available in three versions, for the following instruments:
- Flute and Bb Clarinet
- Bb Clarinet and Oboe
- Flute and Oboe
The work was written in celebration of Brian Ferneyhough’s 60th birthday. It is dedicated to him, in friendship.
Program notes:
The work is laid out as a set of variations. During the first section, the initial gesture provides the impetus for constantly changing  presentations of phrases built around ascending intervals. The first instrument (the one on top in the score) has here a leading role, while the second acts as its shadow, either by simply altering timbrally the pitches of the other one, or by distorting its lines more actively.
As the two instruments become more equal in the slower middle section, what is then varied is not so much what appeared at the beginning like a motivic statement: the relationships between the two instruments become now the main focus of variation, as the lines of the polyphony are constantly spread between them which results in a timbral variation of similar pitches, or parts of lines. Now the melodic aspect, instead of being the sole focus of variation, acts as support for the timbral aspect, which comes to the foreground. In the last section, the fastest one, elements of the first section return, with now the second instrument in the leading role. The two instruments end as completely equal partners, in a texture similar to the slow middle section, only much faster.
In the Mirror Land was written for Helen Bledsoe and Peter Veale who premiered it on February 22nd, 2003, in Brechemin Auditorium, at the University of Washington School of Music, in a concert given by the German group musikFabrik in celebration of Ferneyhough’s 60th birthday.
Instrumentation
Flute
Oboe
Score Details
Format - A3 / Tabloid
Pages - 16
Pièces similaires 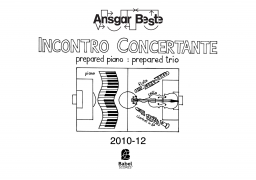 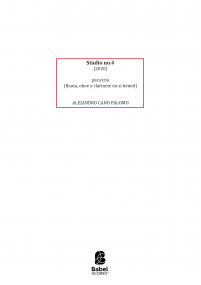