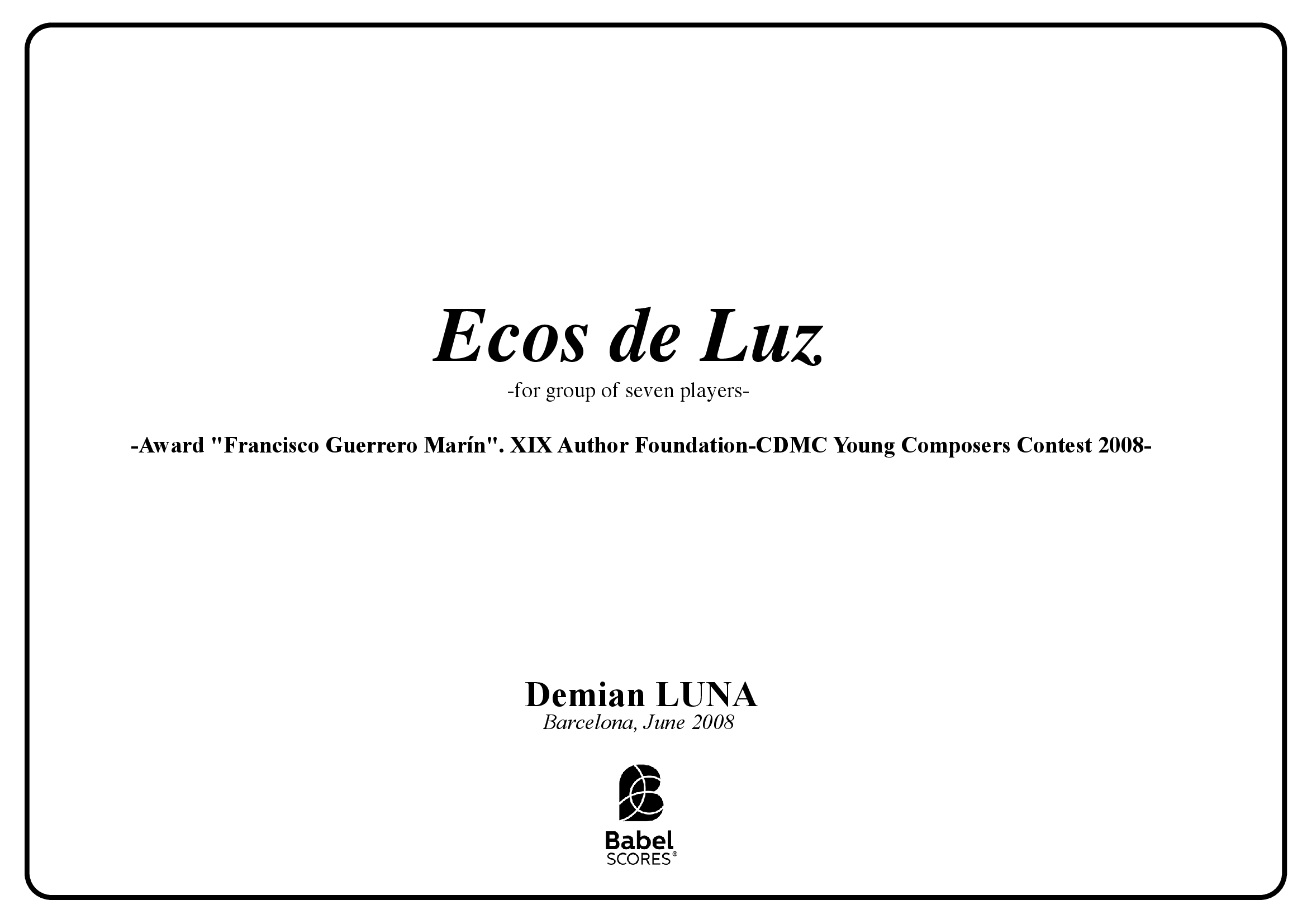 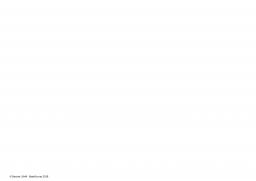 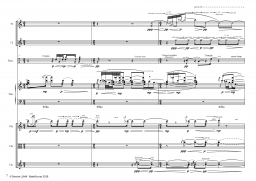 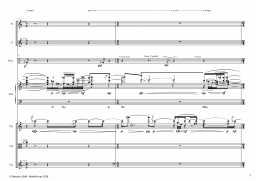 10,00 €
Version numérique (+0,00 €) à télécharger
Chez BabelScores, quand vous achetez une partition, vous pouvez ensuite contacter directement le compositeur ici même !
Caractéristiques
Region
Europe
Estimated Duration
6 - 10min
Date
2008
ISMN : 979-0-2325-3311-7
Notes sur cette pièce
Ajouter à une playlist
In this piece for flute/piccolo, Bb clarinet/bass cl., violin, viola, cello, piano and percussion, of about 9 minutes of duration, the musical idea and the title arise simultaneously, and is the relationship -the game between them- that will determine the development of the whole work. A play on words using mixed elements belonging to different worlds, the visual and sound, and translation of this play on words to music. Almost in the manner of a work program.
The initial gesture built on a brilliant harmony based on irregular rhythmic represents the light, flashing from which begins to build the resonances, echoes. Working with the idea that never happen twice the same things. Everything is changing, transforming.
The echo of a sound is different from the original sound, and each impact of echo is different from before. Oneself, a second later, it is not the same person, than a second ago. The relationship of sound and the echoes, space, and its transformation over time is represented in music by using a time fluid and permanent tempo changes.
A brilliant section of the beginning, after going through moments of nebula, is followed by a moment of darkness and sorrow. A struggle to return to the light, which leads to the first point of climax of the work. The climax fades, through another echoes process, and results in the fast section, dizzying, turbulent. A new climax, that gradually fades and ends with a couple of bars of solo piano. Another moment of nebula, similar to that followed the initial section, formally used as a separator, leading to the recapitulation. He becomes the character of the start and the game of echoes, originating this time from the low register, unlike the initial section.
A set of flashes and echoes in space, in time. Time flexible, fluid, real.
The light, words, silence, darkness, things said, things are born, those who die, the sound ... the life.
Facebook LinkedIn Reddit Twitter
Instrumentation
Flute
Piccolo
Clarinet
Bass clarinet
Percussions
Piano
Violin
Viola
Cello
Recording
Barcelona Modern Ensemble.
Premiere concert (Live recording).
Auditorio 400 Museo Nacional Centro de Arte Reina Sofía. 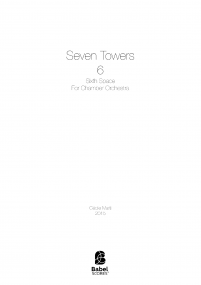