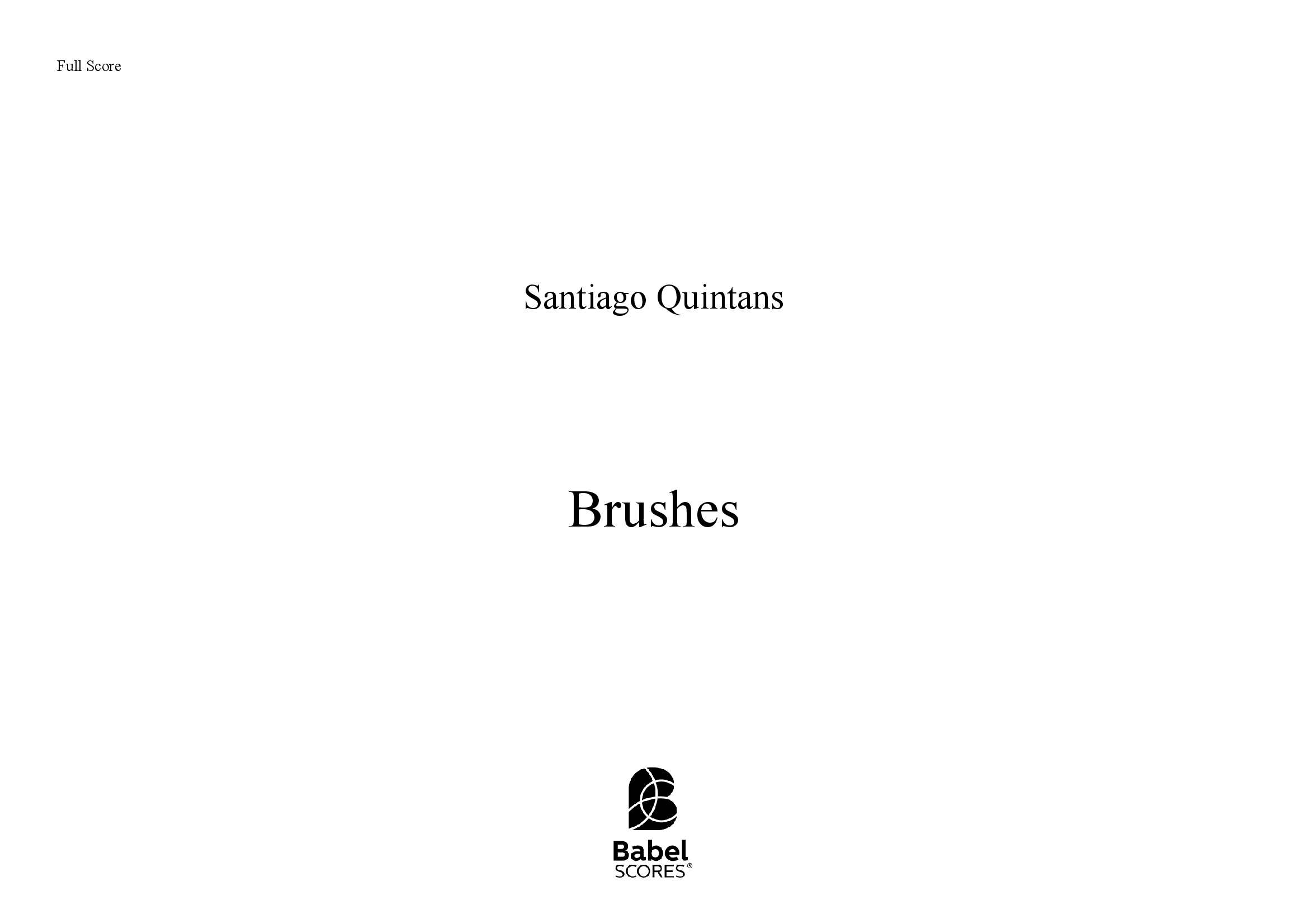 ...is a 13 min piece for electric guitar and baritone sax. Its title refers to «drum» brushes, which are used for special effects throughout the piece, and also to paint brushes, as the piece is inspired by the world of painting.

The piece is conceived as a big musical canvas, where intertwined processes emerge from fast initial gestures (as those of a painter sketching), leading into different forms, colors and textures. Sometimes guitar and saxophone blend creating the illusion of a single tool, like a rapid pencil gesture; sometimes they go different ways becoming brush and canvas, or brush and paint.

-Accidentals affect the whole measure and only the octave of the note they modify. Some accidentals might be repeated in order to facilitate or clarify reading.

-Repeated metric modulations (fluctuating between two tempos) are only indicated once (the first time they happen). Afterwards, only a tempo mark is indicated.

-Both instruments should be slightly amplified. The goal is not to make the instruments louder (although this might be required by the acoustics of some halls), but to amplify microsounds and some special effects that happen at very low volumes. The mix between the acoustic sound of the duo and its filtered, amplified microsounds should create a kind of augmented instrument. The ideal setting is using microphones close to the instruments, and then mix and filter according to the specific acoustics of the hall: eliminating from the mix the frequencies that resonate well in the hall and amplifying those who get lost (usually extreme highs). For the guitar, two microphones in stereo (one close to the neck and another to the bridge) will help capture the acoustic sound of the guitar, and avoid the amp. In further versions of the piece, these amplified sounds will eventually be treated and spatialized with Max/MSP.

-The light of the hall where the piece is to be performed is very important. And ideal situation would involve evolutive lighting where colors emerge and evolve throughout the piece. If this is not possible, it is important to at least avoid a traditional sad yellow light illuminating the whole stage, even the empty spaces. At least, try to favor shadow effects and contrasts, amplifying with images the performer’s gestures (as in Chinese shadows).

-The piece moves between two very different worlds: one with rapid, nervous gestures and another one where things evolve slowly and importance is given to harmonic color and texture. It’s important to treat these two worlds very differently in order to highlight the contrast. This means, for example, treating the first bars of the piece with absolute rhythmic precision while treating the slow, resonant passages (first bars of C) with some rhythmic liberties if need to allow timbral and harmonic elements to emerge.


-There is no transition between fast and slow fragments, unless otherwise indicated (bars with rests or fermatas). If needed, it’s possible to pause between fragments in order to take a tool, get ready for the following section , etc.

-Playing this piece, specially section A, requires a sonic vocabulary difficult to describe in musical notation, based on «sound objects» and inspired (among other things) in sounds from real life, electronic and «concrete» music. The morphology and behavior of these objects is well defined in the score, but the musicians should strive for a personal sonic palette to be used on this particular piece. (For example, a large variety of «white noises» for the saxophone, or detailed variations of distortion for the electric guitar to change the spectral sounds coming from the «brushed» sections). In this sense, it is important to mention that the piece moves back and forth between symbiosis (sax and guitar creating one instrument) and counterpoint where both instrument should be very distinctive.

A Stratocaster or Stratocaster-type guitar is suggested, in combination with a Fender Twin reverb amp (or similar). The guitar sound should be clean with slight saturation, like that of old bluesmen. A little table is need for the guitarist’s tools.

During most of the piece, different objects are used instead of a pick:


The following guitar pedals are required:

The Tubescramer should be «on» during the whole piece in order to have a richer sound with more dynamics and harmonics, distorting during forte passages.

The delay pedal is used in combination with the volume pedal to create sound masses.

And additional set-up can be used;

-wah-wah pedal: might be used in some passages of B.

-Distortion: might be used to fatten-up the sound in some areas of the piece.

-Delay 2: it might be useful to have two delays in order two have different delay-times available without having to change delay settings.

The three lines on the upper stave function as tablature, and represent the three pick-up area. Each lines represents the approximate position of the pick up, and it’s used to show where to attack the strings with the clip or other objects.  When notation continues on the lower stave, which works as a tablature representing the low 6th string. In ex.2, the paper clip touches the string at around the middle pick-up area, and descends, scratching the lower 6th string down to the F# area of this string (low E, second fret). (See further down to see different ways of applying the clip.) 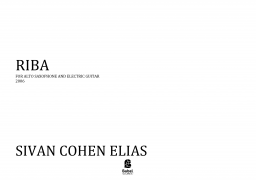 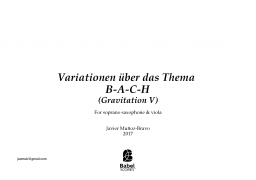 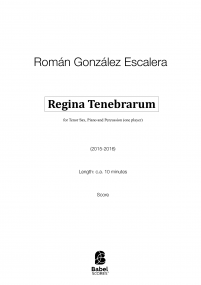