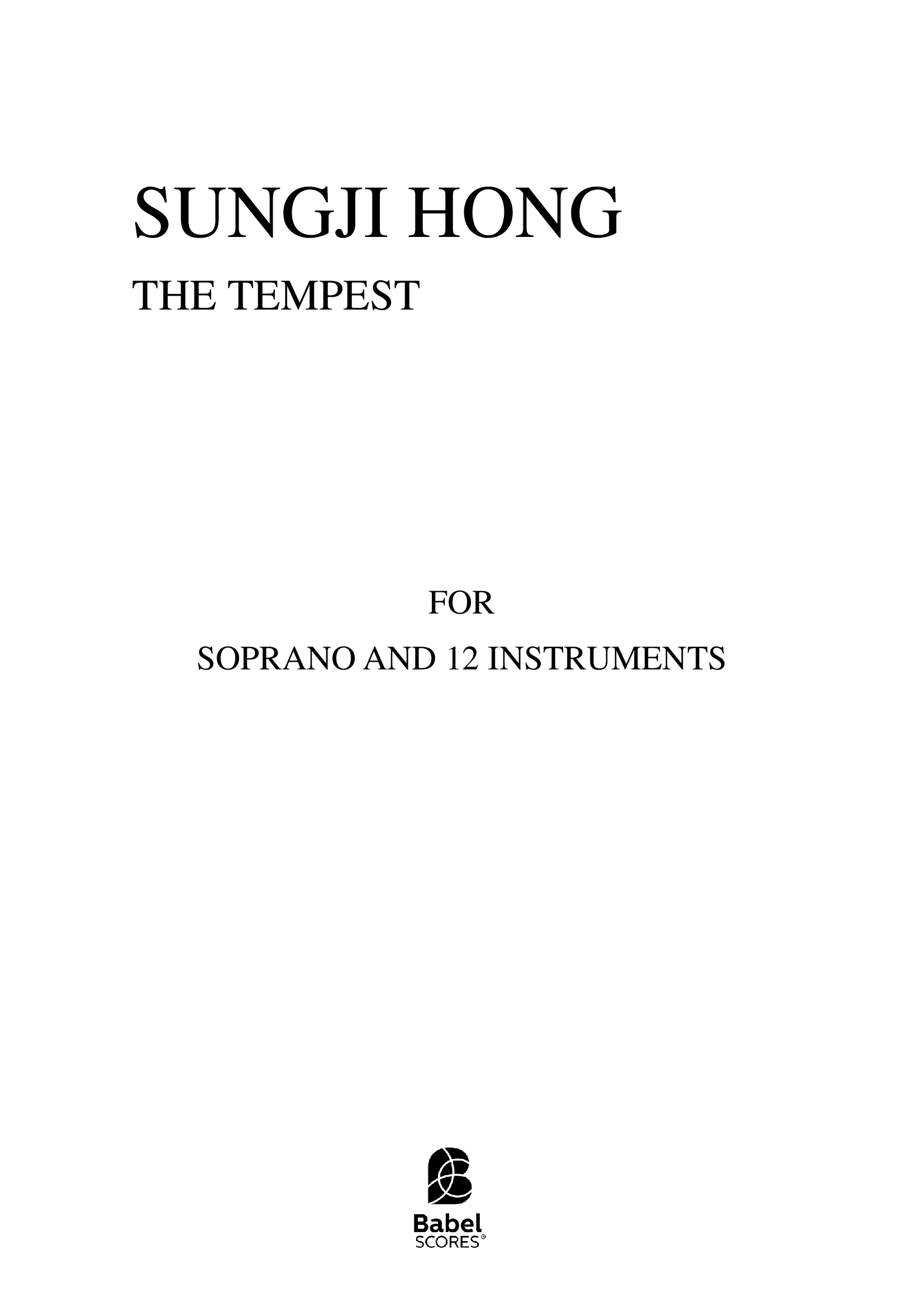 For soprano and twelve instruments


The Tempest, scored for soprano with an ensemble of twelve instruments, is a song cycle to texts from Shakespeare’s play THE TEMPEST.

In the first song, a sustained pitch ‘A’ is transformed through different instrumental combinations and techniques. This long, coloured pitch ‘A’ is abruptly interrupted and plunges into the low register where it wavers in the dark and rich tones whilst a voice is faltering in wide intervals and in a high register. The ‘A’ returns in the end as an echo of previous material.

In the expressive second song, the soprano weaves lucid and tranquil lines which give a sense of a melancholic mood. Its lyricism represents a dramatic and emotional culmination of the entire work.

The third song is lively and dramatic, characterized by trills and tremoli, vehement dynamics and especially agile motifs on the piccolo. The voice reveals its presence through elaborate melismatic lines, including trills which imitate instrumental lines and vice versa. Timbral colouring on specific pitches is reintroduced here and reinforces the transparent texture.

The Tempest was performed on November 4, 2007 by the Orchestra of Colours under the direction of Miltos Logiadis at the Athens Concert Hall and awarded the Second Prize of the 2007 Dimitris Mitropoulos International Competition for composing in Athens, Greece.
Instrumentation
Flute|Oboe|Clarinet|Bassoon|Horn (French Horn)|Percussions|Soprano voice|Violin|Viola |Cello|Double bass|Harp
Score Details
Format - A4 / US Letter
Pages - 84
Pièces similaires
Customers Who Viewed This Piece Also Viewed: