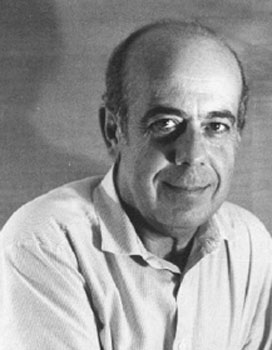 Play all audio recordings
Francesco Pennisi was born in Acireale, in Sicily, into an ancient, noble and art­ loving family. Pennisi painted and made music from his earliest youth. Even after his vocation for composing had become definitive, he continued to paint and, above all, to draw, without however introducing “graphic”elements into his scores.In 1953, after completing the secondary school, he moved to Rome, where he went to university and began studying composing with the American musician Robert Mann. In 1962, he made his début at the “Giornate della nuova musica” in Palermo with a work entitled L’anima e i prestigi for contralto, trombones and percussion, and immediately after he became one of the principal promoters of the “Nuova Consonanza” Association, founded in Rome with the aim of promoting the performance and understanding of inter­national contemporary music.Year after year, the Sicilian composer’s works have been performed with increasing fre­quency in numerous musical centres and festivals in Italy and abroad (Festival of Royan, Hilversum, Venice Biennale, Brescia and Bergamo Piano Festival, etc.).After living through and following with a certain subtle detachment the experiences of the European and American Avantgarde in the fifties and sixties, Pennisi has developed a refined and personal style, in which various stylistic tendencies can be seen to blend: the fluid sound of Debussy and the parsimony of Webern; a number of Ives’ (and even, marginally,Cage’s) phonic and formal “gestures”, and the “controlled freedom” which characterizes the most recent of Petrassi’s work, with its hidden geometry.
Tri par année. Les pièces les plus recentes apparaissent d'abord