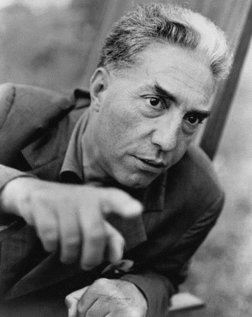 Play all audio recordings
Dallapiccola was born in Pisino d'Istria (at the time part of the Austrian empire, current Pazin, Croatia), to Italian parents.
Unlike many composers born into highly musical environments, his early musical career was irregular at best. Political disputes over his birthplace of Istria, then part of the Austro-Hungarian empire, led to instability and frequent moves. His father was headmaster of an Italian-language school – the only one in the city – which was shut down at the start of World War I.
The family, considered politically subversive, was placed in internment at Graz, Austria, where the budding composer did not even have access to a piano, though he did attend performances at the local opera house, which cemented his desire to pursue composition as a career. Once back to his hometown Pisino after the war, he travelled frequently.
Dallapiccola took his piano degree at the Florence Conservatory (now known as the Luigi Cherubini Conservatory) in the 1920s. He also studied composition with Vito Frazzi. He became a professor at the conservatory in 1931; until his 1967 retirement he spent his career there teaching lessons in piano as a secondary instrument, replacing his teacher Ernesto Consolo as the older man's illness prevented him from continuing. Dallapiccola's students include Abraham Zalman Walker, Luciano Berio, Bernard Rands, Donald Martino, Halim El-Dabh, Ernesto Rubin de Cervin,
Arlene Zallman, Roland Trogan, Noel Da Costa, and Raymond Wilding-White. See: List of music students by teacher: C to F#Luigi Dallapiccola.
Dallapiccola's early experiences under the fascist regime of Benito Mussolini, who governed Italy from October 1922 to July 1943, colored his outlook and output for the rest of his life. He once supported Mussolini, believing the propaganda, and it was not until the 1930s that he became passionate about his political views, in protest to the Abyssinian campaign and Italy's involvement in the Spanish Civil War. Mussolini's sympathy with Adolf Hitler's views on race, which threatened Dallapiccola's Jewish wife Laura Luzzatto, only hardened his stance. Canti di prigionia and Il prigioniero are reflections of this impassioned concern; the former was his first true protest work.
During World War II he was in the dangerous position of opposing the Nazis; though he tried to go about his career as usual, and did, to a limited extent. On two occasions he was forced to go into hiding for several months. Dallapiccola continued his touring as a recitalist – but only in countries not occupied by the Nazis.
Though it was only after the war that his compositions made it into the public eye (with his opera Il prigioniero sparking his fame), it was then that his life became relatively quiet. He made frequent travels to the United States, including appearances at Tanglewood in the summers of 1951 and 1952 and several semesters of teaching courses in composition at Queens College, New York beginning in 1956. He was a sought-after lecturer throughout Western Europe and the Americas. Dallapiccola's 1968 opera Ulisse would be the peak of his career, after which his compositional output was sparse; his later years were largely spent writing essays rather than music.
He had no more finished compositions after 1972 due to his failing health, and he died in Florence in 1975 of edema of the lungs. There are, however, a very few sketches and fragments of work from this period, including a vocal work left unfinished just hours before his death.
Tri par année. Les pièces les plus recentes apparaissent d'abord