Of Dust and Sand

11,33 €
Version papier (+14,80 € impression et livraison ). Colissimo7-14 days aprox.
Version numérique (+0,00 €) à télécharger
Achetez le matériel pour l’exécution publique
Chez BabelScores, quand vous achetez une partition, vous pouvez ensuite contacter directement le compositeur ici même !
Caractéristiques
Region
North America (Canada - USA)
Estimated Duration
6 - 10min
Date
2010
ISMN : 979-0-2325-0884-9
Notes sur cette pièce
Ajouter à une playlist
Of Dust and Sand uses the Electromagnetically-Prepared Piano device, a rack of 12 electromagnets which is suspended over the strings of a piano. Each electromagnet is sent an audio signal and in turn excites its respective string, much like a stereo speaker made from piano strings. In this piece a subset of the magnets remains active throughout, the performer physically silencing the strings by pressing down with fingertips. Thus the instrument becomes a kind of anti-piano – lifting a finger frees a string to vibrate, producing sound. In addition, various items, such as paper and a plastic ruler, rest directly on the strings further altering the timbre. Remember – everything you hear is entirely acoustic.While working on this piece I was deeply immersed in the novel Doctor Faustus by Thomas Mann. The title is in part drawn from an image that recurs throughout the novel, that of the hourglass of mortality, which Mann in turn drew from the etchings of Albrecht Dürer. The material of the piece is connected with the novel, though in ways so tenuous as to escape relevance. Of Dust and Sand is dedicated to The Kenners.An note about the electronics:The Electromagnetically-Prepared Piano is a custom built electronic device of which there is only one (see below for more details). Please contact the composer to arrange for its use in a performance.The Electromagnetically-Prepared PianoDescription:The Electromagnetically Prepared Piano device allows for direct control of piano strings through the use of an array of electromagnets. The EMPP was created several years ago at Stanford University's Center for Computer Research in Music and Acoustics (CCRMA) by Per Bloland, Steven Backer, and Ed Berdahl. The device differs significantly from previous instruments based on similar principles in that each magnet is controlled by an arbitrary external audio signal, resulting in a much higher degree of control over pitch and timbre. The resultant sounds range from simple sine tones through complex, often ethereal textures. For the most part, these timbres are more evocative of electronically synthesized sonorities than of the acoustic piano strings from which they emanate. The twelve electromagnet units are attached to a rack which is secured to the piano frame. Each individual electromagnet unit is positioned directly over the two or three strings that constitute a single pitch. The system is in many ways similar to an EBow, the biggest difference being that the electromagnets require an input from an external audio signal. This signal can originate from any source and consist of anything, including non-pitched or even percussive sounds. In addition to its own fundamental, any string can be excited quite effectively at any of its first ten or so partials. However the capabilities of the electromagnets are by no means restricted to such simple signals, or the overtone series of the strings. For example it is possible to create glissandi, or to send a single source signal to all twelve electromagnets. If they are arrayed over a wide enough variety of pitch classes, all twelve being ideal, any sound can be reproduced, though it will be heavily colored by the piano. For more information, and to hear examples and compositions that utilize the device, please visit:http://www.perbloland.comhttp://ccrma.stanford.edu/%7Esbacker/empp/index.html 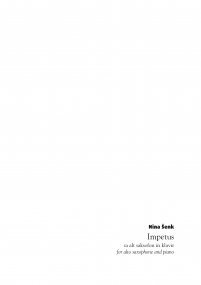