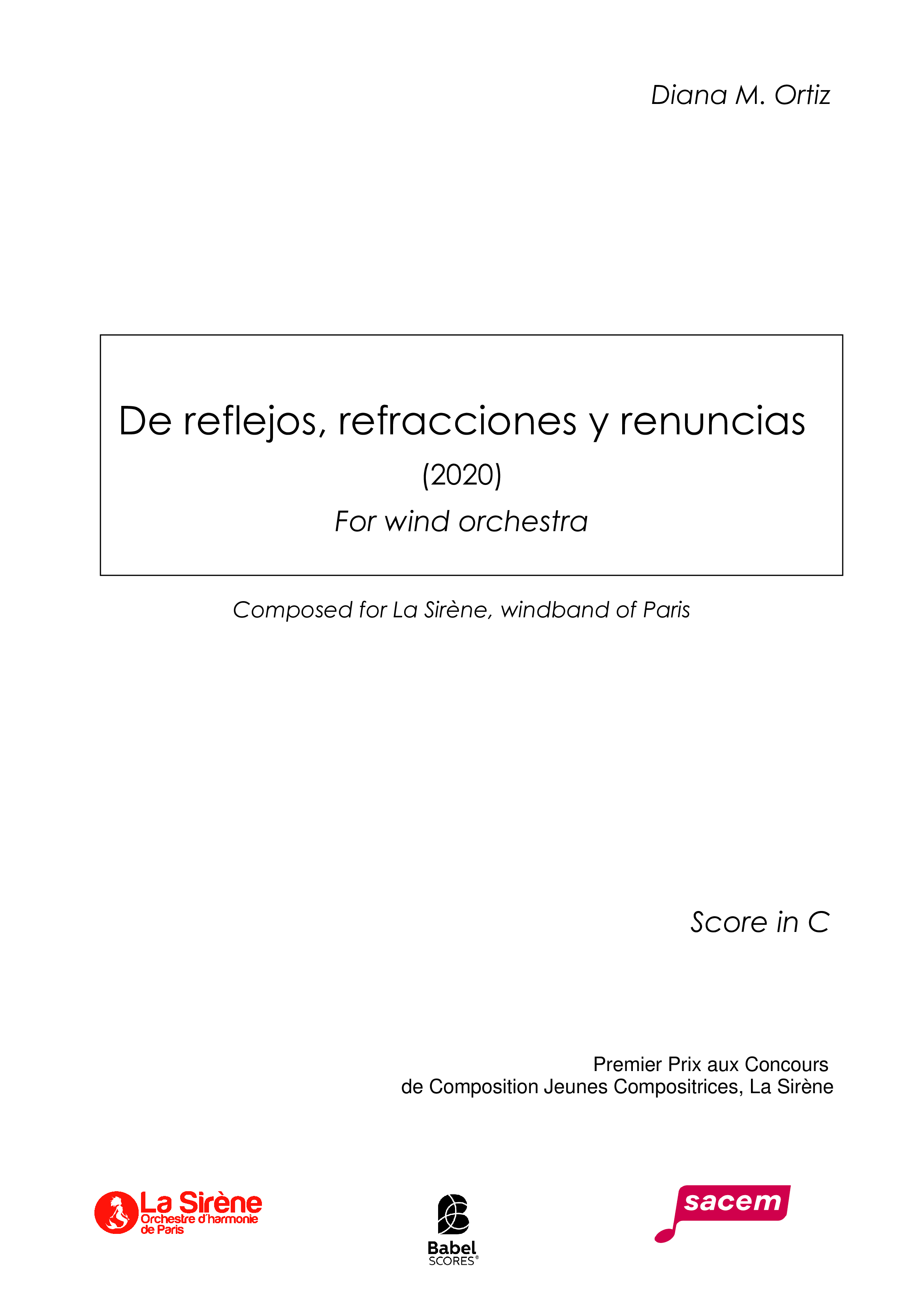 12,00 €
Version papier (+16,20 € impression et livraison ). Colissimo7-14 days aprox.
Version numérique (+0,00 €) à télécharger
Louer le matériel pour les exécutions publiques
Chez BabelScores, quand vous achetez une partition, vous pouvez ensuite contacter directement le compositeur ici même !
Caractéristiques
Region
Latinoamérica
Estimated Duration
6 - 10min
Date
2020
ISMN : 979-0-2325-6240-7
Notes sur cette pièce
Ajouter à une playlist
This piece, composed for La Sirène, has the concept of “mirrors” as a structuring element since in the competition's rules it was established as a theme to be freely approached.
After some thoughts about the poetics I wanted to develop in the piece, I came up with the idea of "About reflections, refractions and renounces", having the mirror and some processes that occur around it as a central element.
I thought of the mirror as an element that represents the confrontation with oneself, with one's vanities, and especially for women, how the mirror brings a social burden that marks us from childhood and how that apparently simple burden, intervenes in our construction as human beings and has influence in aspects of ourselves that we have to renounce.
I was interested in the idea of reflection, thinking that many times, meeting the mirror is like meeting oneself from the eyes of others, instead of being the intimate encounter that it appears to be. Other people's ideas/views materialize through our own eyes. In that sense, I associated the concept of
refraction, having light as an "intermediary" between the object and its reflection. The renounces are the result of this confrontation.
In the music, I decided to investigate how other composers have embraced the concept of a mirror in elements such as rhythm, harmony, gesture, and melodic treatment, among others, and I tried to create textures throughout the piece where I could explore and integrate some of these ideas. I thought of two main sections: "I. I don't know if I see my reflection with my eyes" and "II. The resignations. "
In the first section, I proposed small "palindrome motifs" that are diluted and deformed between small variations, along with "intrusions" of pulses that try to explore "reflected chords". The second section, "The renounces" is intended to be a lament, more like a shout, accompanied by variations of the textures presented in the first section. In both sections, I had as reference listenings, among others, music from the northern Colombian coast (Gaita music and cantos de zafra), which I tried to incorporate into the construction of the piece.
Writing this piece was a very enriching process, I am very excited to hear the premiere. I would like to thank La Sirène for the kindness, goodwill and support and I hope you enjoy playing this work. 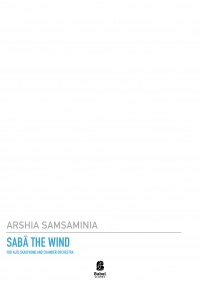