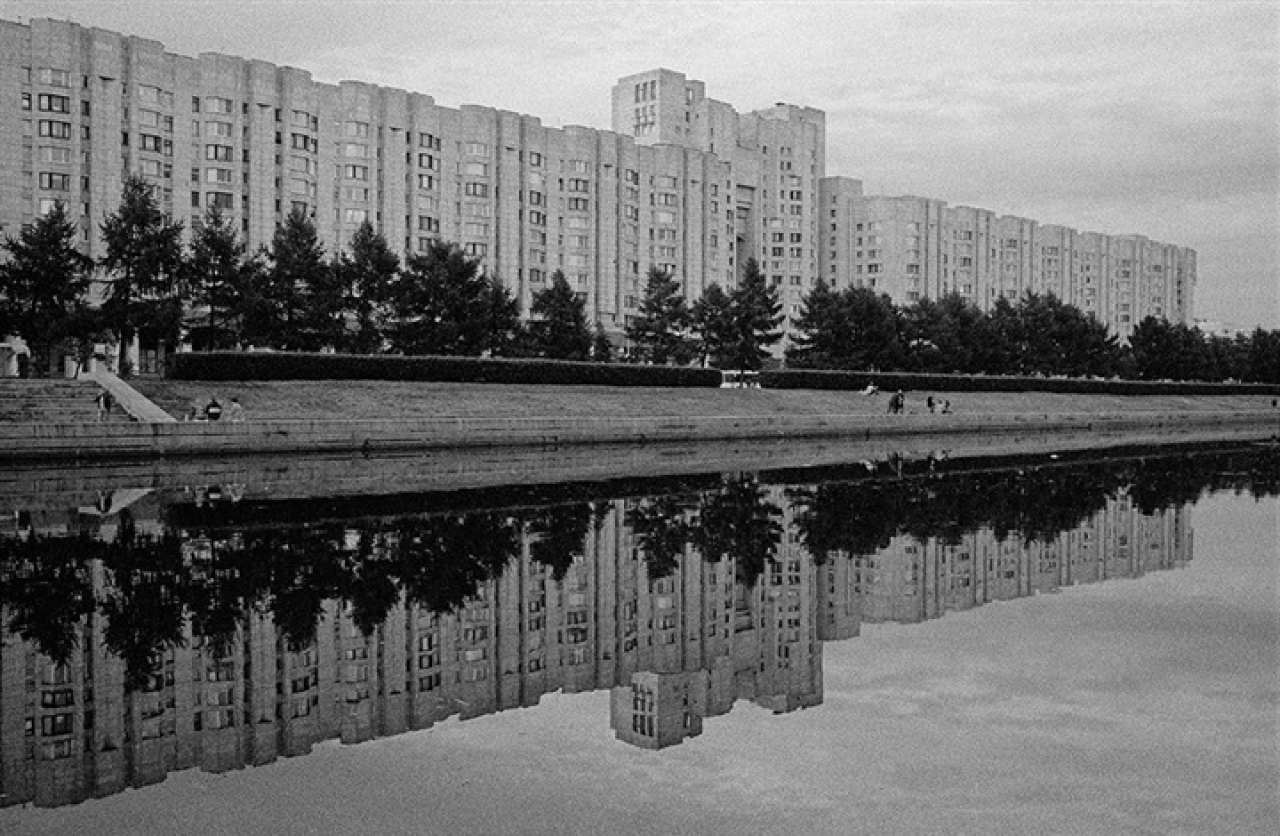 My Brutal Mirrors is largely about the distortion of symmetry through reflection, the malleability/elasticity of structure, and the violence of memory.

The work was inspired by a photograph titled Brutal Mirror, by Mauro Restiffe, one of Brazil's key photographers/visual artists. I feel fortunate to know him and have him as a dear friend. I met Mauro at Civitella Ranieri, an artist colony in Umbria, Italy, where we were both fellows in 2014 - I have since become a great admirer of his work.

Mauro's photograph Brutal Mirror was part of his show, Post Soviet Russia 1995/2016, which opened at Moscow's Garage Museum of Contemporary Art. One of the aspects that fascinated me about his exhibition is that it created a clash between past and present, of the cities of Moscow and Saint Petersburg, through its architecture and monuments. It also poetically implied the influence of memory and history in the present. With that in mind, I bring back, superpose, and juxtapose, personally critical works of my own to this new work for ensemble; they appear is specific sections, which focus on memory and time. This creates my own "brutal mirror", forcing me to come to
terms with my own musical past, as well as the path forward.

Moreover, in his photograph, Brutal Mirror, I was absorbed by how the rigidity of an already symmetric building was somewhat diluted, distorted, and shaded by a more liquid, malleable, or mobile symmetry - this was to me a great metaphor for a composition, where pre-conceived structures and proportions are freely and intuitively maneuvered as I explored and composed the music and its main objects. There is an underlining set of proportions and order of events/recognizable motives, which happen in micro/macro temporal scales, but also govern  as less obvious elements as pitch, tempo, harmony. 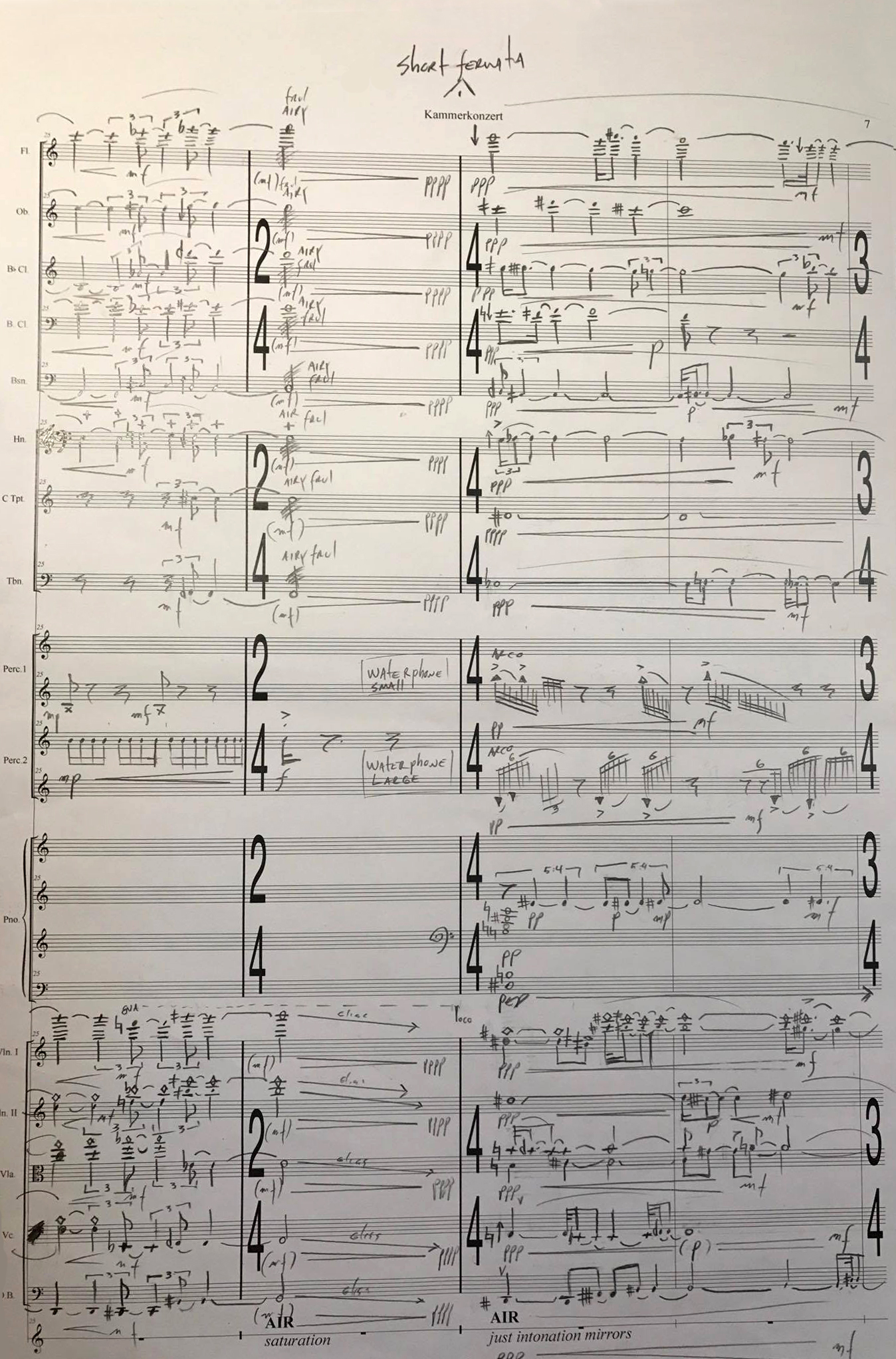