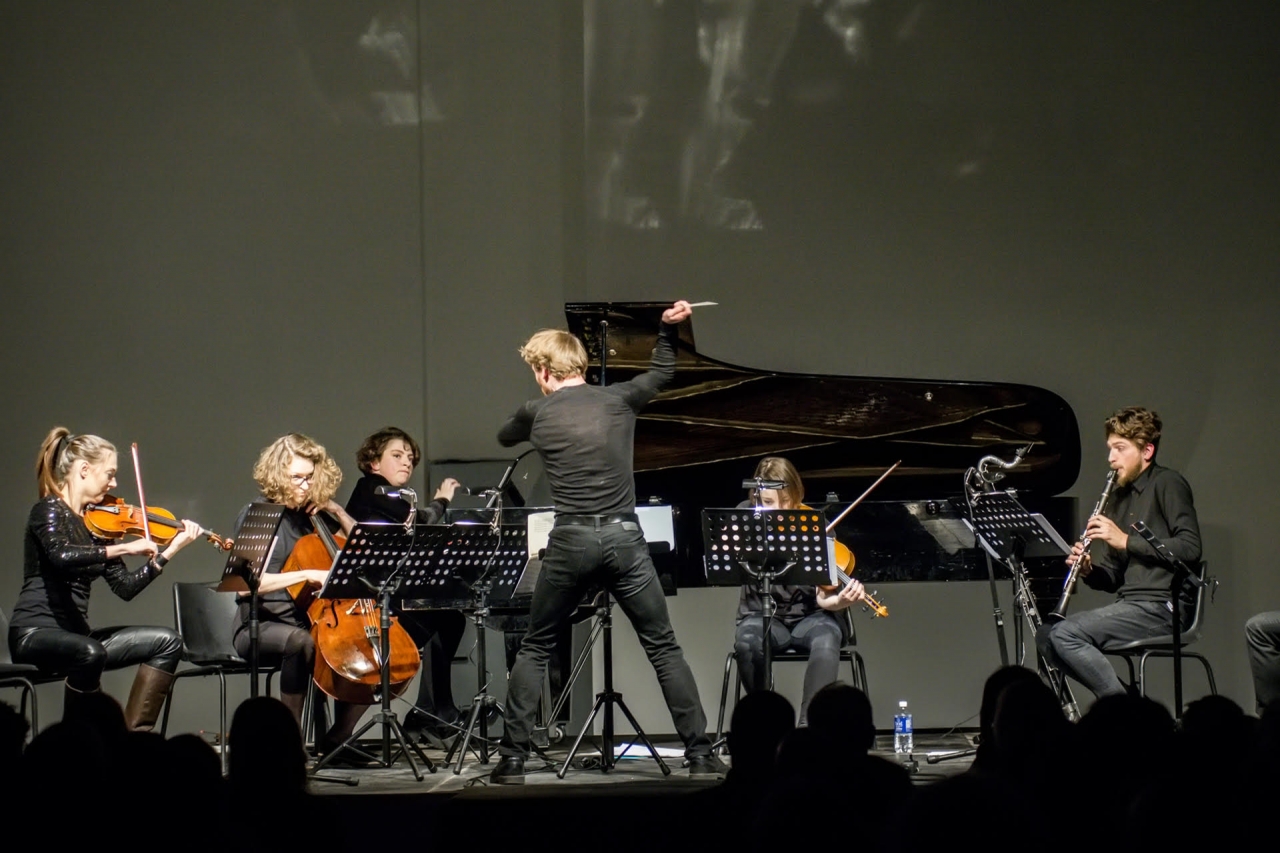 “What counts most with colors are relationships” (Henri Matisse)

The piece Crama is a commission of the Fromm Music Foundation at Harvard University and was premiered by International Contemporary Ensemble – ICE in New York City. The title of the piece refers to a homogeneous mixture that consists of two or more elements mixed together. The result usually has different properties, sometimes substantially different, from those of its initial components.

The piece is rather focused to form a solid unified sonic image composed by gestures, articulations, postures, rhythmical figures, textures and spectrum changes all grouped into a single composite sonic entity. Notes have been abandoned in favor of mutating, sometimes teetering and exploding, sound complexes. Distortion noise and violence become deliberate intentions with their own musical meaning. Unstable acoustic systems, electronics, musicians and musical notation all interact in real performance. In Crama, I see the performer as sound sculptor who is working on a huge statue with tools for jewelleries. Me as a composer I have to guide and inspire him/her for the ‘best strike’ the best sound.