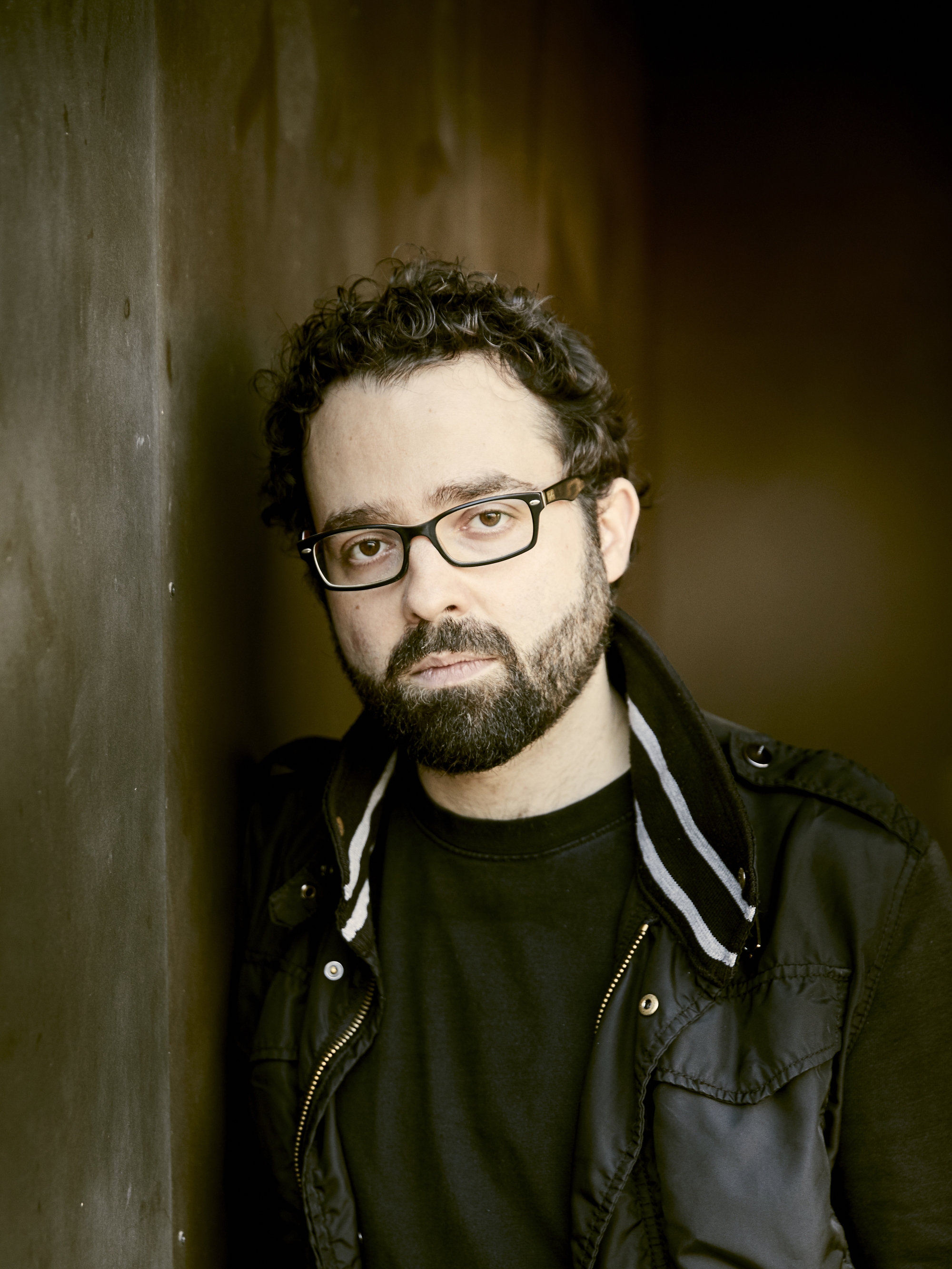 Play all audio recordings
Joan Arnau Pàmies is a composer, a multi-instrumentalist, and a performing artist. His music has been described as “beautiful in the Aristotelian sense of proportion and harmony” (Revista Musical Catalana) and “chaotic and elemental yet discernibly balanced” (The New York Times).

Born in Catalonia, Pàmies was introduced to music at a very early age. At home, his father, a professor of Catalan literature, would often play records by Miles Davis, Lester Young, the Academy of St Martin in the Fields, and Glenn Gould. At age three, his mother, a public school teacher, gave him a toy saxophone as a birthday gift. A few years later, Pàmies started learning the piano at a local music school.

Today, Pàmies’s career spans fifteen years of highly diverse work, which encompasses chamber and ensemble music, unusual forms of music notation, electroacoustic pieces, live electronics, and free improvisation on multiple instruments. An artist who unhesitatingly walks uncharted aesthetic paths, Pàmies has never been comfortable working within the boundaries of specific musical genres and traditions. For him, music is a liberating space where elements of classical and electronic music, free jazz, modernism, noise rock, and experimental music coexist and can be combined to generate unique results.

Following his formative years in local conservatories, in 2007, he moved to Boston, Massachusetts in order to pursue a bachelor’s degree at the New England Conservatory of Music. As a young composer, two events in particular had a marked impact. First, Pàmies attended a performance of renowned minimalist composer Steve Reich’s Music for 18 Musicians, which demonstrated to him that a highly structured compositional approach could result in profoundly emotional responses for the audience. Second, Pàmies had the honor of performing with Christian Wolff, who along with John Cage, Morton Feldman, and Earle Brown, comprised the New York School of composers. This experience and the exposure to their ideas led Pàmies to understand that, given the right circumstances, any sound could be defined as music. After graduating, Pàmies continued his formal education and was accepted into a highly competitive graduate program at Northwestern University in Evanston, Illinois, where he earned a doctorate in composition and music technology in 2016.

This outstanding academic training, which he was able to receive due to multiple merit-based scholarships, led him to develop a sophisticated understanding of music as an art form. During that time, he studied a wide array of artists whose music would significantly influence his own, including Japanese electronic composer Ryoji Ikeda, free jazz pioneer Cecil Taylor, modernist composer Brian Ferneyhough, and ambient producer Brian Eno. These, paired with some of Pàmies’s teenage icons such as Pink Floyd and Mike Oldfield, are part of the landscape of his aesthetics.

In 2020, Joan Arnau Pàmies premiered Lied, a piece for ensemble, live electronics, and voice commissioned by the Liceu Opera House. In 2021, his debut album, Nocturnes, fantasias, was released by Chicago’s contemporary music label Sideband Records. This record, which features Pàmies performing on piano, electric piano, synthesizers, electric guitar, and MIDI instruments and controllers, has been described as connecting “Stockhausen’s electroacoustic music of the 50s and 60s to experimental techno” (Mundoclásico). In 2022, the JACK Quartet premiered his String Quartet No. 3, “Forma infinita,” a work commissioned by L’Auditori for Barcelona’s International Biennale of String Quartets. In December of the same year, Pàmies premiered DES DE LA PROFUNDITAT (Catalan for “From the Depths”), a musical allegory of global warming written for prepared piano, live electronics, and additional instruments, created and performed collaboratively with renowned avant-garde jazz pianist Aruán Ortiz. This project was funded by a Research and Innovation Grant from the Department of Culture of the Government of Catalonia.

Consistently seeking new outlets to express himself musically, Pàmies started performing as an electronic musician in 2019. That year, he launched Inlet Industry, a pseudonym through which he creates music that mixes elements of ambient, glitch, synth-pop, and techno. In 2020, Inlet Industry released Dialectics of Collapse (Grans Records, RAT Produccions), a concept album that explores “common themes of science fiction, including parallel universes, interdimensional existence, and interstellar travel” (Muzikalia). As Inlet Industry, he has also performed live shows as well as DJ sets at small venues, clubs, ski resorts, and even bookstores. In the spring of 2023, Inlet Industry will be releasing a brand new track with Berlin label 7K!.

Pàmies’s academic background as well as his intellectual interests have resulted in talks and presentations about his music at major research universities and conservatories, including Columbia University, Goldsmiths, University of London, UNAM (Mexico City), University of Nottingham, Harvard University, and Real Conservatorio Superior de Música (Madrid). In 2021, he was invited to serve as guest professor of composition and music theory at ESMUC in Barcelona. Further, he has written articles on music, culture, and society for a wide variety of publications, which include Divergence Press, University of Huddersfield Press, &&& Journal, NewMusicBox, Open Space Magazine, and Revista Musical Catalana. Recently, he completed a chapter on musicological critique for an upcoming volume for Routledge.

In 2022, Pàmies founded Protomaterial Records, a label that this year will be releasing debut albums by Ukrainian classical pianist Oksana Shymanska, Mexican composer Luis Fernando Amaya, and Catalan drummer and sound artist Genís Bagés. As Pàmies himself puts it, “what the label and our artists are really seeking is to get closer to what does not yet exist, to look for alternative ways of doing things and to make mistakes doing things we do not yet know instead of repeating those which already work. The possibilities are endless.”
Website:
Ordered by year. Most recent works appears first 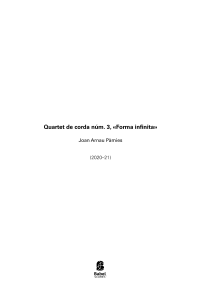 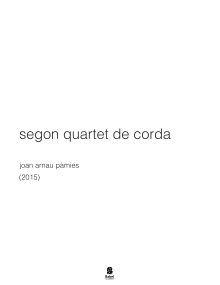 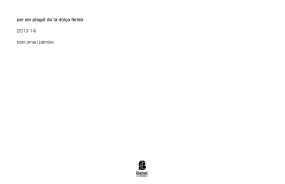 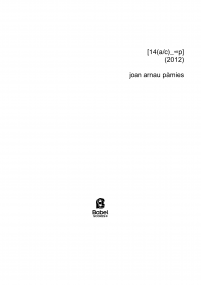 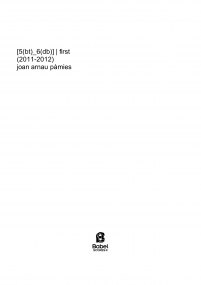 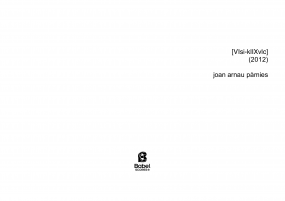