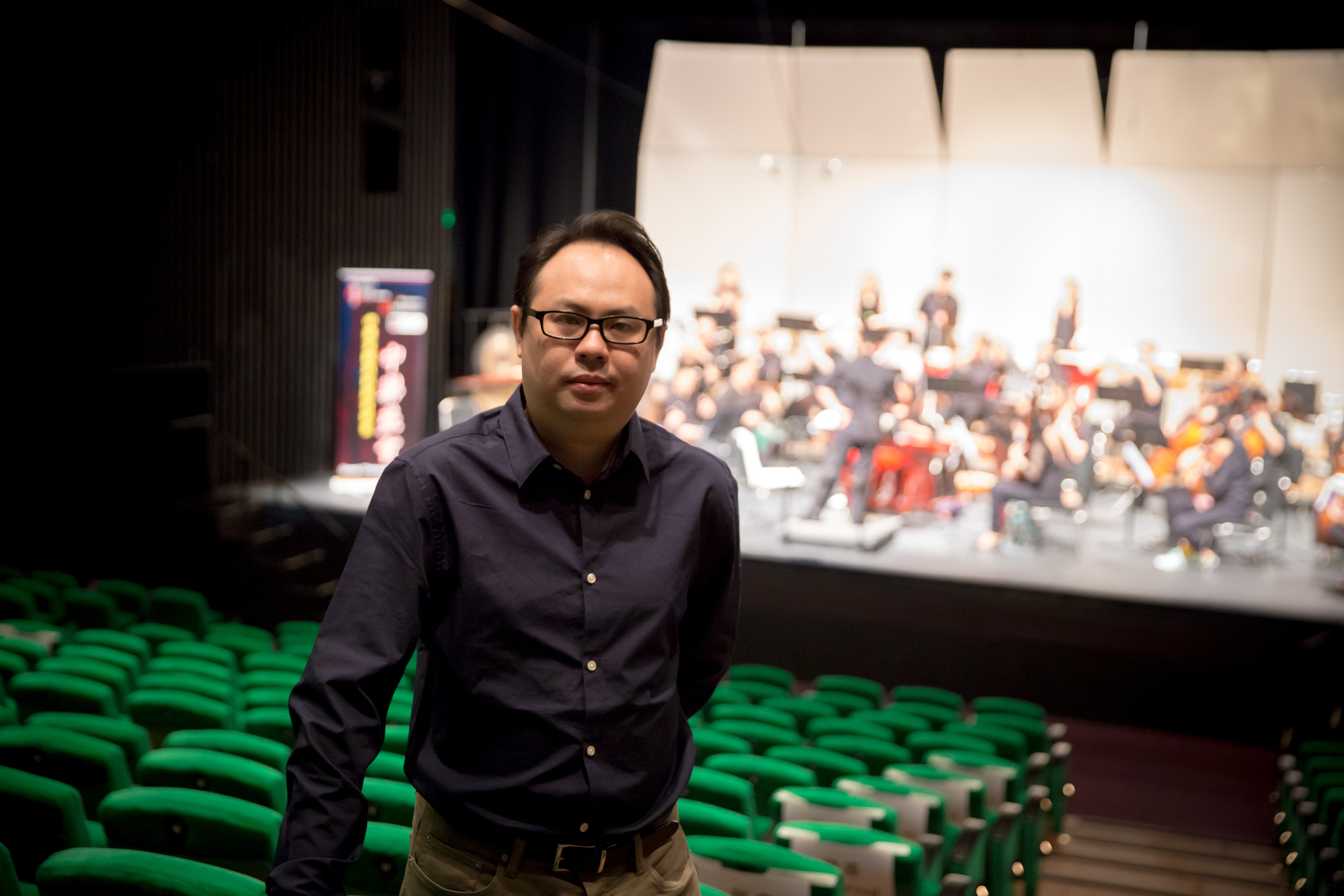 Chris Hung established himself as one of the most notable Hong Kong composers of the younger generation.

Shortly after receiving his Bachelor degree in Engineering, he further pursued the Bachelor degree in Music, eventually obtained the Master and Doctoral degree at the Chinese University of Hong Kong majoring in Composition, under the tutorlege of Prof. Chan Wing Wah and Prof. Victor Chan.

From 2005 onwards, his approximate 60 creative outputs include both large-scale Western and Chinese orchestral works, chamber music and choir music as well.

Hung’s music is characterized by its refined and carefully arranged kaleidoscopic details, often displaying a complex, rich but clear fabric in a type of ordered chaos merging from the crossing bridge of the East and West. In addition, his music seeks to explore the infinite possibility of textural palette focusing on the sound timbre.

Part of Dr. Hung’s music score is published by French publisher BabelScores, and the CDs with his works can be purchased from HKCG, Hugo and Edizioni Sconfinarte etc.

Most of Hung’s music is also accessible online at his channel in Soundcloud, Youtube and his personal website (http://chris-hung.com)