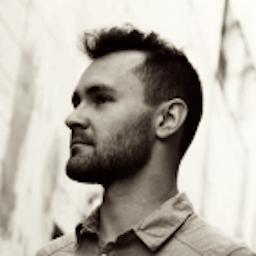 Play all audio recordings
Described as a "prodigy," "extraordinary" and "a man of many talents" by the United States press, Belarus-born virtuoso clarinetist and composer Gleb Kanasevich has appeared as a soloist with the Baltimore Symphony Orchestra, Belarus National Philharmonic, Peabody Symphony Orchestra, Peabody Chamber Orchestra, the Peabody Camerata, Lunar Ensemble, Baltimore Concerto Orchestra and more.

As a fellow and visiting artist, Mr. Kanasevich has made solo, chamber, and composition appearances on stages of Spoleto Festival USA, PARMAfest, Festival Leonardo de Lorenzo, Bellagio Chamber Music Festival, Atlantic Music Festival, Norfolk Chamber Music Festival (as a member of Norfolk Contemporary Ensemble), soundSCAPE Festival for Contemporary Music, and has been an artist-in-residence at various institutions like Frost School at University of Miami, Tulane University, SUNY Fredonia, Peabody Conservatory and more. At the age of 24, he has made his first appearance as a faculty member at the 2013 soundSCAPE Festival for new music in Maccagno, Italy, presenting two full-length unaccompanied recitals and showcasing his original works. He is returning to the festival as a visiting clarinetist/composer faculty member in July, 2015, and is making his first appearance with fellow faculty members at MusicArte Festival in Panama in June, 2015.

He has proven himself as a multi-faceted artist. In addition to being a champion of a wide variety of contemporary repertoire, Mr. Kanasevich has received numerous commissions for large-scale solo and chamber works. He has won the composition prize from FundacionMusicaAntiquaNova in Argentina and has been commissioned to produce a new work for cello and double bass, premiered in 2013 in Rio Negro. He was a finalist in the 2013 ASCAP Morton Gould Young Composer awards and a semi-finalist at the 2012 American Prize in chamber music composition. He has performed his composition "Variative. Derivative. Exploitative..." for clarinet and tape over a dozen time. His oversized symphony orchestra piece "Moment d'extase" has been critically acclaimed, and the collaborative orchestra program has been funded by a collective New Haven community commission. Also, at this point, Mr. Kanasevich has premiered over a 120 works of living composers.

Mr. Kanasevich currently plays with and composes for Lunar Ensemble, a Baltimore-based group dedicated to interpreting contemporary chamber music and assisting young student composers in the trial-and-error process of producing new masterworks, the eclectic Ensemble Cantata Profana, a group based out of New Haven/New York City, and Trio Accendo, with whom he will appear at the inaugural Audeamus International Chamber Music Festival in Zagreb, Croatia. in November, 2015.

Currently in pursuit of a PhD degree in Composition and Theory at Brandeis University in Boston, MA, Mr. Kanasevich has attended the 2012 IRCAM AcademieManiFeste in class for computer music. He also holds a Masters Degree (2013) in Clarinet from the Yale School of Music (studied with professor David Shifrin), where he also taught clarinet at the college level at Yale University. Mr. Kanasevich also holds a Bachelor of Music (2011) degree in Clarinet Performance from the Peabody Conservatory of Music, where he studied under New York Philarmonic's Principal Clarinet Anthony McGill.