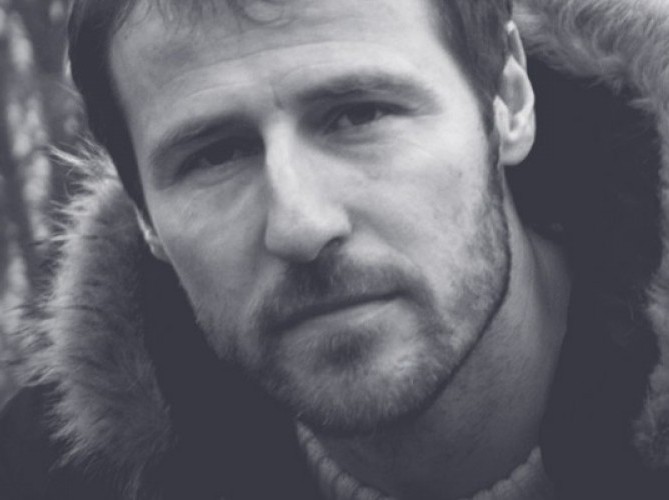 Play all audio recordings
Michele Tadini was born in Milan in 1964, he graduated from the Conservatorio G. Verdi in Milan in guitar with R. Chiesa, in new teaching of composition with S. Gorli and G. Manzoni, in electronic music with R. Sinigaglia. He studied composition with F. Donatoni at the Chigiana Academy of Siena, where he obtained a diploma of merit and a scholarship for the Paris Conservatory. In 1991 he was a guest at the Darmstadt courses. In 1998 he was selected for the IRCAM Stage. Between 1994 and 1996 he was a teacher of electronic music at the "Courses of Higher Education" of the Music Academy of Emilia Romagna (Fondazione A.Toscanini). Since 1997 his scores have been published by Suvini Zerboni. Since 1998 he has been teaching electronic music in the "Tempo Reale" training courses. He has to his credit several compositions, acoustic pieces and pieces with the use of electronics, and his works have found execution in the context of prestigious reviews, including: Electronic music festival of the E.M.S. (Stockholm), "Paths of music of today", "Milano Musica", "Nuove Sincronie", "Spaziosuono - International Biennial of Music and Architecture" (Genoa), "Di nuovo musica" (Reggio Emilia), "Musique italienne "(Toulouse)," Music "(Strasbourg)," Rule, Game "(Milan)," Nieuw Ensemble "festival (Amsterdam). Latest works: "Text" for ensemble, Edipan commission (Rome 1995)
"Opposite text" for string trio and electronic new version (Milan 1996, "Regola, Gioco" - Quartetto Arditti), "The inverted tree" improvisation scheme for the Virtuosi di Nuova Consonanza, magnetic tape and live electronics ( Rome 1996), "Teatro della Luce", for ensemble and electronics, Freon ensemble commission (Rome 1996), "Notturna" for trumpet and electronics, Milano Musica commission, (Milan 1997), "Teatro II" for electronic ensemble and video part in real time, commissioned by Nieuw ensemble (Amsterdam 1998).
He also composed the stage music for numerous theatrical performances, music for sound installations, ballets and theater-music productions. Since 1990 he has been a partner of AGON, of which he is currently general manager and production manager. He has collaborated with AGON in the realization of numerous musical productions, including: the electronic part of the opera Blimunda by A.Corghi (1990), the Concerto Grosso for five keyboards and orchestra by F. Donatoni (1990-92), the show The dissolved veil by Mietta Corli to music by F. Donatoni (1993). He oversaw the productions and executions of the pieces that AGON - Armando Gentilucci study center commissioned including: F. Donatoni, G. Manca, M. Cardi, P. Perezzani, F. Guerrero, G. Manzoni, M. Pisati, M. . from the Ongaro.
As production manager and technical-musical collaborator of the composers, he oversaw the project "Radiofilm per RAIRadio3" (1994 edition, 11 radio works) and three cycles of the new 1996 edition (Bonifacio, Cardi, Francesconi). He oversaw the realization of the electronic part for the music of Giacomo Manzoni's Commedia dell'Inferno (Ravenna Festival 1995). He oversaw the reconstruction of the magnetic tapes and the design of the live electronics for the critical re-edition of Don Perlimplin by Bruno Maderna (1996). In the summer of 1998 he oversaw the performance of "Isabella" by Azio Corghi.
Ordered by year. Most recent works appears first