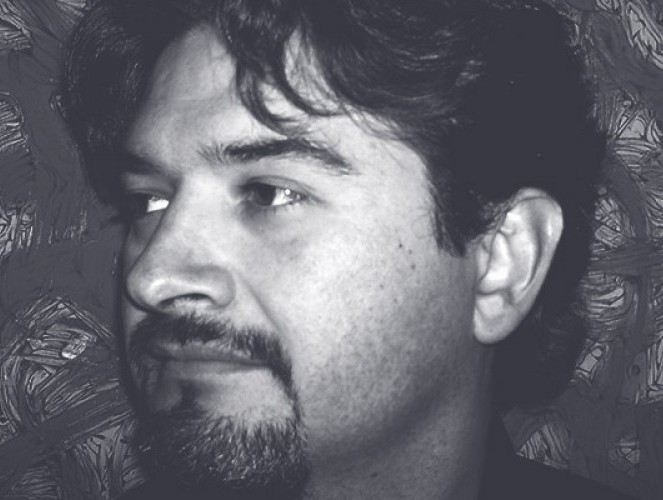 Play all audio recordings
Born in Chetumal (Mexico) in 1968, he graduated with full marks from the National Conservatory of Music of Mexico, while also studying viola and violin.
In 1994 he studied at the "G. Verdi" Conservatory in Milan, officially invited by Franco Donatoni. Since 1996 he has lived in Milan, where he completed his studies with Sandro Gorli and Alessandro Solbiati.
He attended numerous specialization courses and seminars held by masters such as György Ligeti, George Benjamin, and, in 1996, attended the courses held by Franco Donatoni at the Chigiana Academy of Siena, obtaining the Diploma of Merit.
From 1997 to 1999 he attended specialization courses at the National Academy of Santa Cecilia and the Civic School of Music in Milan.
He was awarded with important awards including, in 1997, the first prize in the International Composition Competition "Città di Barletta" and, in the same year, the second prize in the "7th International Mozart Competition Salzburg 1997-98" in Austria; in 1998 the first prize in the International Composition Competition "Ad Referendum II" (Société de Musique Contemporaine du Quebéc) in Canada; in 1999 his work Uris was reported at the XXVI International Composition Competition "Guido d'Arezzo"; in 2000 he received the first prize in the Reine Elisabeth International Composition Competition in Geneva with the opera Luz for accordion and string quartet, and in 2001, for the second consecutive, he finished second in the Mozart competition in Salzburg.
He has received several awards and scholarships from various Mexican and international organizations (FONCA - The Natonal Endowment for Culture and Arts, Istituto Itali-Latinoamericano), and has also been invited by the Université of Montréal and the Nouvel Ensemble Moderne as a composer representing the Central and South America at the FORUM '98.
His music has been performed in international festivals and concerts by prestigious ensembles, orchestras and soloists in Italy, France, Austria, Switzerland, Canada, Bulgaria, United States, Central America and Mexico. His works have been broadcast by Radio Canada, UNAM radio, Istituto Mexicano de la Radio, ORF, Radio Tre, Bulgarian National Radio, etc.
He taught harmony and counterpoint at the Mexican State Conservatory of Music.
His most recent works are published by Suvini Zerboni Editions.
Ordered by year. Most recent works appears first