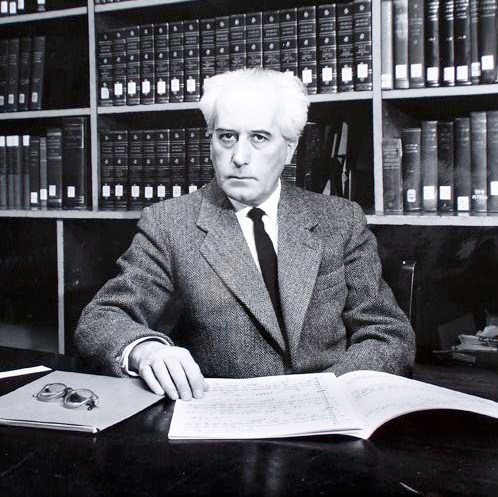 Sándor Veress was a Swiss composer of Hungarian origin. He was born in Kolozsvár/Klausenburg, Transylvania, Kingdom of Hungary, Austro-Hungarian Empire, nowadays called Cluj-Napoca, Romania, and died in Bern. The first half of his life was spent in Hungary; the second, from 1949 until his death, in Switzerland, of which he became a citizen in the last months of his life.

Veress studied and later taught at the Franz Liszt Academy in Budapest. Among his teachers were Zoltán Kodály, with whom he studied composition, and Béla Bartók, with whom he studied piano; as an assistant to László Lajtha he did field research on Hungarian, Transylvanian, and Moldovan folk music. Among the composers who studied under him are György Ligeti, György Kurtág, Heinz Holliger, Heinz Marti, Jürg Wyttenbach and Roland Moser. He wrote numerous chamber music pieces and symphonic works. He wrote one opera, Hangjegyek lázadása (1931).[1] Veress was awarded the Kossuth Prize in 1949 in Hungary (though as an émigré he was unable to collect this award) and the Bartók-Pásztory Prize in 1985; in Switzerland he received the Berne canton prize in 1976.