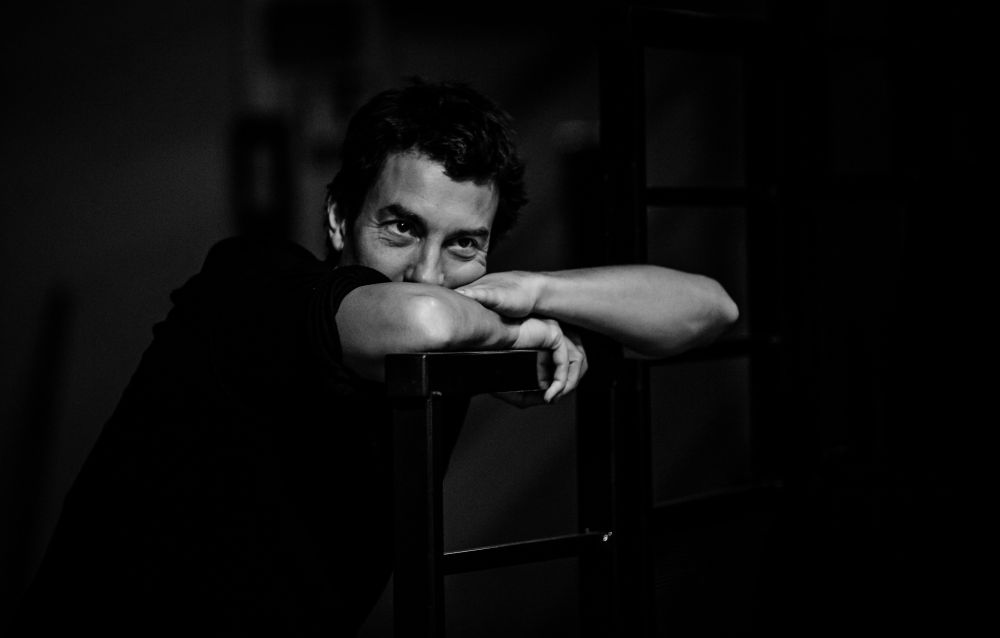 Play all audio recordings
Jérôme Combier began studying composition, harmony and counterpoint, analysis and orchestration under Hacène Larbi. He won first prize for counterpoint at the Conservatoire of Rueil-Malmaison. In 1997, he was admitted to the Paris Conservatoire in the class of Emmanuel Nunes. In 1998, he received a premier prix in analysis in Michaël Levinas’s class. In addition, he completed a Master’s degree with a dissertation on Anton Webern at Paris VIII University.In 1995, he was a finalist in the Griegselskalpet competition in Oslo. In September 1998, he was resident at the Royaumont Foundation and in the framework of an exchange with Royaumont, he was a composer in residence in Japan, in Akiyoshidaï for two months. In 2001, he earned a premier prix in composition, being unanimously placed first by the panel, and was selected to enter the programme in composition and computer- assisted music organised by IRCAM. Jérôme Combier is a prize-winner of the Bleustein-Blanchet Foundation and the Pierre Cardin Foundation. In 2002, he was commissioned by Radio-France to write a piece for the Orchestre National de France, Pays de vent. In 2003 and 2004, with the support of the Paris Conservatoire, he organised concerts and courses in Uzbekistan and Kazakhstan. From 2004 to 2006 he was a scholarship holder at the Villa Médicis (the French Academy in Rome). During this time he met Raphaël Thierry who was to realise the visual installations for the cycle Vies silencieuses written for the Ensemble Cairn. The cd Vies silencieuses won the Grand Prix Charles Cros. At Rome, in the Sabine Villages, he took part along with the visual artist Xavier Noiret-Thomé in the exhibition ‘20 eventi’ under the patronage of Giuseppe Penone. In 2005 he composed music for the Ensemble Recherche in the framework of the Festival d’Automne in Paris. In collaboration with Pierre Nouvel, he created the installation Noir Gris for the Beckett exposition organised by the Centre Georges Pompidou. Since 2006, he has been invited regularly by the Festival d’Aix-en-Provence to contribute as a guest to the Académie européenne de musique’s activities and in 2011, in association with the video artist Pierre Nouvel, he imagined the Opéra Austerlitz based on the novel by W.G Sebadl. Austerlitz was produced by the Festival d’Aix-en-Provence, the Opéra de Lille and the Kaaitheater of Brussels. In 2008 is invited as composer teatcher in Royamont abbey. In 2009 is obtain a commision by Le Musée du Louvre during the cycle of concerts “ Le Louvre invite Pierre Boulez”. His piece, Anima Foglia for violin, is played also at Lucern Festival. In 2012, the Opéra de Lyon commissionned an opéra based on the novel Terre et cendres by the afghan writer Atiq Rahimi. His music is published by H.Lemoine. Some of his works have already been recorded by the Ensemble Cairn on the Motus label and Æon. Jerôme Combier is the artistic director of Ensemble Cairn, he is teatcher at the school of arts : Ecole Nationale Supérieure des Arts de Paris-Cergy. In 2017 Jérôme Combier obtain Grant award from Koussevitzky Foundation (Library of Congress, Washington).
Ordered by year. Most recent works appears first 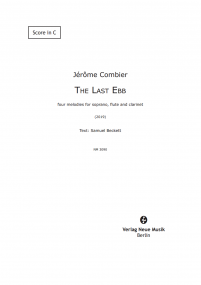 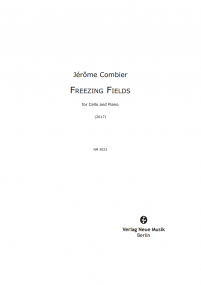 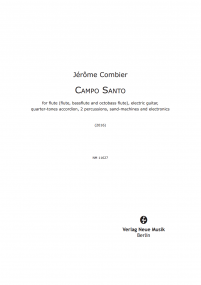 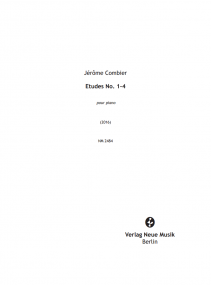 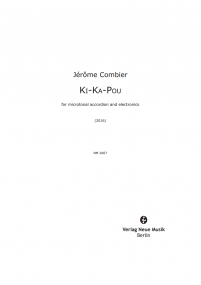 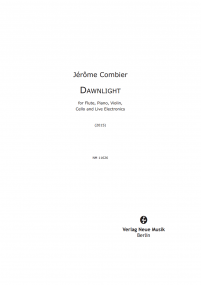 The Last Ebb four melodies for soprano, flute and clarinet (2019)

Freezing Fields for Cello and Piano (2016)