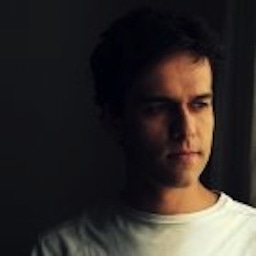 Padovani worked as temporary Professor at School of Music of the UFMG - Federal University of Minas Gerais (2007) [Belo Horizonte/MG, Brazil]; as Professor of Musical Analysis, Composition and Computer Music/Sonology at Music Department of the UFPB - Federal University of Paraíba (2012-2016) [João Pessoa/PB, Brazil]; and currently works as Composition, Orchestration/Instrumentation, Analysis, and Computer Music/Sonology Professor and Researcher at the Arts Institute and at the Interdisciplinary Nucleus of Sound Communication of the UNICAMP - State University of Campinas (since 2016) [Campinas/SP, Brazil].

His pieces have been played by ensembles such as: The Arditti Quartet (UK), the Minas Gerais Philharmonic Orchestra (BR), L'Arsenale (IT), Symphonic Orchestra of the State University of Campinas (BR), Ostravská Banda (CZ)  and The Symphonic Orchestra of the Hamburg Music School (GER). In 2010 he was awarded with the Camargo Guarnieri Prize for his piece impedance, for flute and ensemble; in 2011 the piece a viagem e o rio, for 17 instruments, live-electronics and video, won the 4th European Competition for Live-Electronic Music Projects (2011); in 2015 his piece un segno nello spaczio (2015) for clarinet and live-electronics was awarded with the 1prix at 2ème Concours International de Composition de Bourges for acoustic instrument and electronic device, promoted by MUSINFO.
Ordered by year. Most recent works appears first