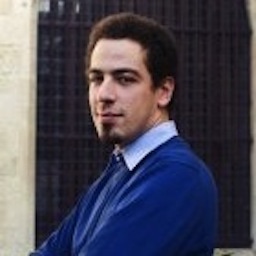 Play all audio recordings
Gabriele Vanoni was born in Milan in 1980. After a few experiences as a very young composer at Yamaha schools (JOC, Tokyo 1993), he started studying music at the Conservatory of Milan, where he graduated in Piano with Maria Isabella De Carli and in Composition with Giuseppe Giuliano.
After his studies in Milan, he continued his education with a PhD in Music Composition at Harvard University, where he’s currently enrolled, and also as an exchange scholar at Columbia University. These experiences allowed him to get to know closely the US music scene, where he met and worked with some of the most interesting composers of today, such as Helmut Lachenmann, Julian Anderson, Brian Ferneyhough, Tristan Murail and Chaya Czernowin and Hans Tutschku, his current teachers.
In addition to his curricular activities, his musical formation was also developed through the active participation to courses and master classes of composition and electronic music led by composers such as Salvatore Sciarrino (Acanthes), Alessandro Solbiati, Luca Francesconi (Stresa EarLab), Denys Bouliane (Domaine Forget) and Michele Tadini.?Thanks to this wide range of experiences and encounters, his music has recently spread internationally and has been now largely performed in Europe (Italy, Norway, UK, Russia) and Americas (United States, Canada, Mexico), in venues and festivals such as Carnegie Hall, Biennale di Venezia, Moscow Conservatory, Royaumont Voix Nouvelles, June in Buffalo, Wellesley Composers Conference, Milan State University, NYU, BIT Teatergarasjen in Bergen and Accademia Chigiana di Siena, among many others. Likewise, various soloists and ensembles have now been involved in performing his music, like the Moscow Studio for New Music Ensemble, Mario Caroli, Diotima Quartet, Les Cris de Paris, Gustav Kuhn, Nouvel Ensemble Moderne with Lorraine Vaillancourt, Ensemble Laboratorium, Lost Cloud Quartet, Ensemble Fa, San Francisco Contemporary Music Players, Corrado Rojac and Barrie Webb. His music has also been awarded prizes and mentions in local and international competitions (among others: 3rd Jurgenson Competition, Concorso Filarmonica, Previsioni Musica 2009, Bohemians Prize, IBLA Grand Prize New York, Concorso Internazionale Conservatorio di Milano).
Besides his activity as a composer, Gabriele Vanoni was a teaching assistant at Harvard University in Electronic Music and Composition, and the artistic director of Suggestioni, a festival of Italian Music in United States. He also holds a degree in Business for the Arts, Culture and Communication at Bocconi University, and also had some experience as a film music composer, having composed music for some short films.
Recent and current projects include a piece for ensemble for the Ensemble Modern Academy, a work for viola d'amore for violist Marco Fusi and a multimedia project for the IRCAM Cursus 2. Since September 2012, he leaves between Paris and the United States.
Ordered by year. Most recent works appears first 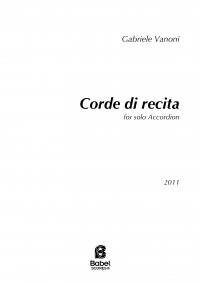 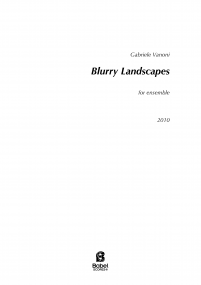