Diba has also been active as an arts administrator. During 2016–2017, he was the co-founder, artistic director, and conductor of the Pacific Northwest Contemporary Orchestra, and premiered ten new orchestral works that were submitted through a call for scores. Additionally, for two consecutive years (2015–2017), he was the co-director of the Tai-Hei Ensemble, a new music ensemble based in Eugene, Oregon.

Since 2019, Diba has been a member of the Analysis, Creation, and Teaching of Orchestration (ACOTR) Project. Through ACTOR, Diba has participated in and initiated various research-creation projects such as the CORE Ensemble Project, Musicians Auditory Perception (MAP) and Space As Timbre (SAT). His work with ACTOR has also led to a peer-reviewed publication in 2022, which he co-authored with the MAP team.

Diba completed his B.M. in composition at the University of Oregon where he received the prize of Outstanding Undergraduate Scholar in Composition. Later, he received the Max Stern Fellowship in Music to attend McGill University, where he completed his M.M. in composition under the supervision of Philippe Leroux. During his time at McGill University, he served as the Vice-President of McGill Association of Student Composers (MASC). Currently, Diba is pursuing his Ph.D. in composition and music technology at Northwestern University with Alex Mincek, Hans Thomalla, and Jay Alan Yim. Through masterclasses and workshops, Diba has also worked with Fabien Lévy, Miguel Azguime, Ricardo Zohn-Muldoon, and Chen Yi. 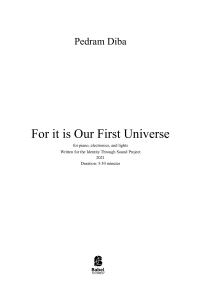 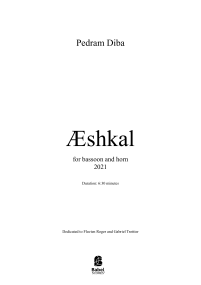 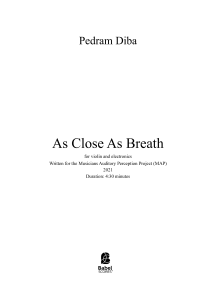 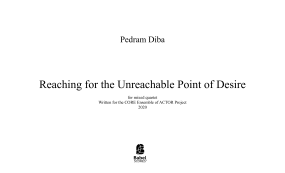 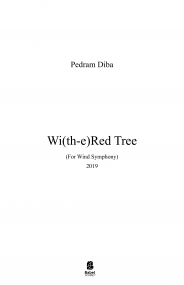 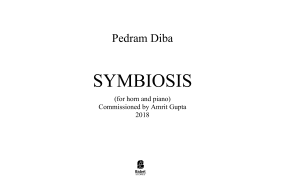 Wi(th-e)Red Tree for wind symphony (2019)
As Close As Breath for violin and electronics (2021)
Different Same for six musicians (2022)
For it is Our First Universe for piano, electronics, and lights (2021)
Reaching for the Unreachable Point of Desire for mixed quartet (2020)
Symbiosis for horn and piano (2018)
Wi(th-e)Red Tree for wind symphony (2019)
Æshkal for bassoon and horn (2021)
search controls