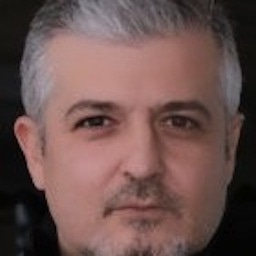 Papageorgiou’s music has always had a certain predilection towards various forms of similarities and structural reiterations. In such a context, structural redundancy and parsimony stand at the epicenter of his work, as recurrences of patterns that share the same underlying structure unfold in time, elaborating centripetally on the same structural complex or similar structural features again and again, creating, maintaining and exalting one or various states from a single or from a variety of perspectives.

In 2008 he was composer-in-residence at the festival 4020.mehr als Musik Linz and in 2006 the Minoritensaal Graz programed Papageorgiou’s composer’s portrait. In summer 2012, his work “Effluences” has been heard at the 46th International Summer Course for New Music Darmstadtand in March 2013 Klangforum Vienna performed his work In the Vestige of the Present at the Vienna Konzerthaus, while in 2014 the string players of the Ensemble Klangforum have premiered his string quartet, Quasi (ébauche), at the Ligetisaal of Mumuth Concert Hall, Graz. In 2014, two of his works have been selected with high ratings at the International Computer Music Conference.

In October 2016, he will be back in Graz with a new piece for the molecular organ (Musikprotokol 2016) and he will be visiting composer at the University of Iowa School of Music (UI Center for New Music December 2016).

For five years, from 2012 to 2014 he worked in two artistic research projects   of the Institute for Electronic Music and Acoustics of the University of Music at Graz, Algorithmische Komposition in Kontext neuer Musik and Patterns of Intuition. These collaborations have led to publications at Graz, Austria: Institut für Elektronische Musik und Akustik, Universität für Musik und Darstellende Kunst Graz, 2012 and  New York: Springer, 2014, respectively.

He is the co-founder of the dissonart ensemble, which he served from 2005 to 2014, and he is the co-director of the Contemporary Music Lab (http://cml.web.auth.gr) at the Department of Music Studies of the Aristotle University of Thessaloniki.

Intrascalings for clarinet, marimba, and double bass (2016)
String Quartet for string quartet (2016)
Even the sky, screams sometimes too for alto block flute and bayan (2015)
Dafir for flute and piano (2014)
Quasi (ébauche) for string quartet. Commissioned by the Institute for Electronic Music and Acoustics of the University of Music and Drama at Graz within the framework of the research project "Patterns of Intuition" (2014)
In the Vestige of the Present commissioned by Trio IAMA (2008)
Trivalent for violin, violoncello and piano (2005)
Schweigeminute for viola and piano (2004)
Nuit for clarinet, viola, and piano (1999)

Translucent Currents in her Darkness for chamber ensemble (2014)
Enlacees commissioned by the Institute for Electronic Music and Acoustics of the University of Music and Drama at Graz, Austria (2010)
Iriai no kane for ensemble (2007)
Everness for ensemble (2006)
For Hermann Markus (2002)